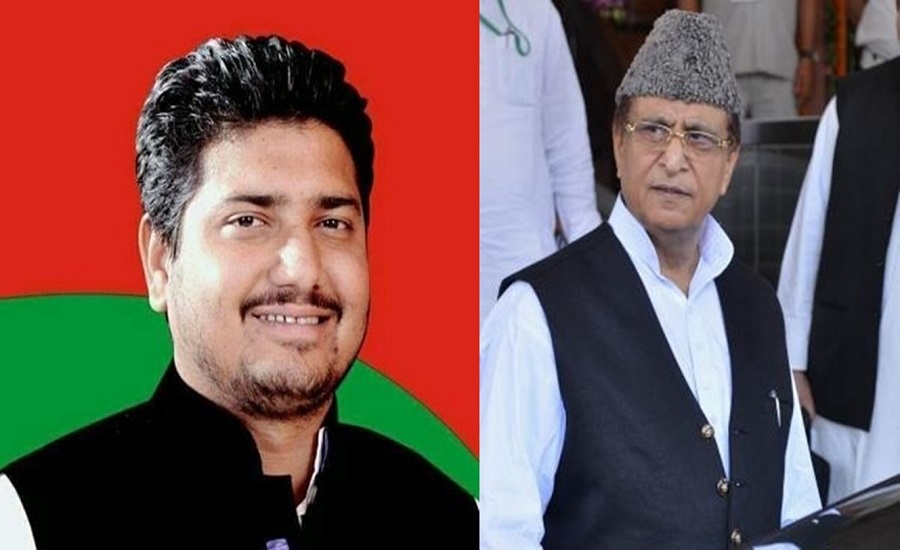 Azam Khan has been in jail since February 2020 after multiple cases were lodged against him. His wife Tanzeen Fatima and son Abdullah Azam will campaign for him

Mohd Azam Khan, SP MP, has been named as the party candidate from Rampur.

Azam Khan has been in jail since February 2020 after multiple cases were lodged against him.

He has applied for bail in the Supreme Court and is awaiting decision.

In the meantime, his wife Tanzeen Fatima and son Abdullah Azam will campaign for him in Rampur.

Abdullah Azam is himself a candidate from the Suar Assembly seat and is presently out on bail.

“There is tremendous sympathy now for Azam Khan and his family, especially after the manner in which the Yogi Adityanath government went overboard in booking him in frivolous cases like buffalo theft, book theft, statue theft, goat theft, etc. While his family will lead the campaign for him, senior party leaders will also join him to ensure his victory,” said a senior SP leader.

The other SP leader, who will be contesting from behind the bars is Nahid Hasan from Kairana in Shamli district.

His nomination was accepted by the returning officer on Monday. The candidature of Nahid’s sister Iqra Hasan, who was tipped to contest if Nahid is not allowed, has also been accepted.

Nahid, the sitting MLA from Kairana, was arrested on January 15 by the UP Police. He was wanted in a case in which police had slapped the Gangster and Anti-Social Activities Prevention) Act on him for an incident that took place in February 2021.

He was produced in the MP/MLA court of Shamli and sent to jail for 14 days.

Also, apprehending that ‘unfavourable circumstances’ might lead to rejection of his candidature, Iqra too had filed her nomination papers as an independent candidate.

“My mother and former MP Tabassum Hasan and brother Nahid were framed in false cases,” said Iqra who will continue campaigning for her brother.

Voting in Kairana will be held in the first phase of elections in Uttar Pradesh, on February 10.