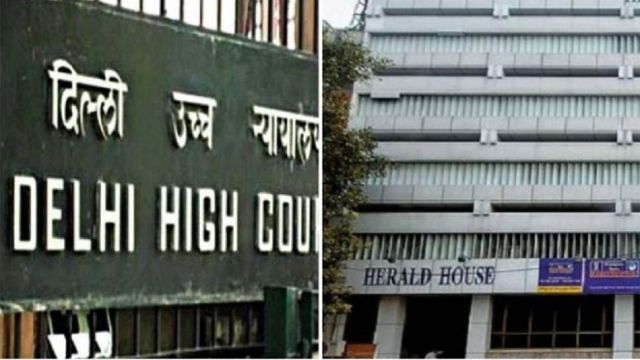 The AJL had challenged the Centre’s decision asking it to vacate, but a Division Bench of Chief Justice Rajendra Menon and Justice V. Kameswar Rao rejected that plea, directing it to evict the building on the Bahadur Shah Zafar Marg at ITO.

The AJL had challenged the December 21 order of a single judge bench that dismissed its plea against the Urban Development Ministry, which on October 30, 2018, had said that AJL’s 56-year-old lease on Herald House has ended amd it must vacate.

The Centre had requested the court to dismiss the appeal saying that Young Indian company, in which Congress President Rahul Gandhi and his mother Sonia Gandhi are shareholders, was formed with an intention to take over Herald House.

He also told the court that the digital version of the newspaper was started on November 14, 2016, while the publication of weekly “National Herald on Sunday” was resumed on September 24, 2017.

The government has said that National Herald was revived only after the Centre sent a notice for inspection of the property in September 2016.