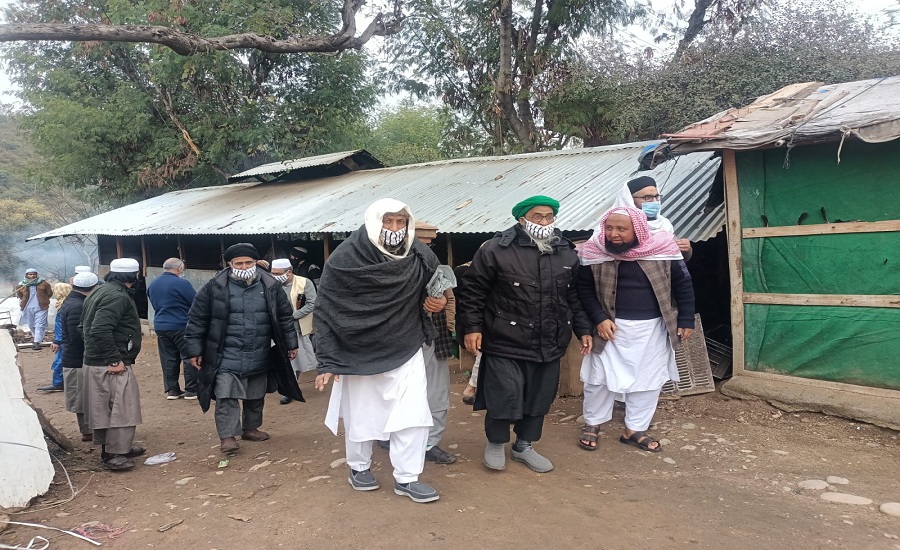 New Delhi — Jamiat Ulama-i-Hind said it has distributed blankets, jackets, school bags among the Rohingya living in ramshackle shelters in the refugee camp in Jammu city. The relief material will provide protection to the poor refugees from the winter chill, the group said.

A delegation led by Maulana Hakeemuddin Qasmi, General Secretary, Jamiat Ulama-i-Hind, visited the Rohingyas campus in the city and “expressed sympathy” with the refugees besides distributing relief.

Jamiat stated that 500 blankets, 350 jackets, school bags for 150 children and separate items for widows were distributed among the displaced community.

The delegation also held meetings with the Rohingya ulama and paid the rent of the various maktabs running for refugee children, the group said.

Qasmi also talked to the children and inquired about the situation in the special meetings with 27 committees that look after the Rohingya community there.

On this occasion, he stated that Rohingyas are the “most persecuted people on the earth”.

“As long as they are in this country, their help in every way becomes our religious and national responsibility. We are human beings and it is human nature to feel the pain of homeless,” said Qasmi.

He said that the President of Jamiat Ulama-i-Hind, Maulana Mahmood Asa’d Madani has directed all Jamiat units in the country to provide support to the affected people without considering their religion.