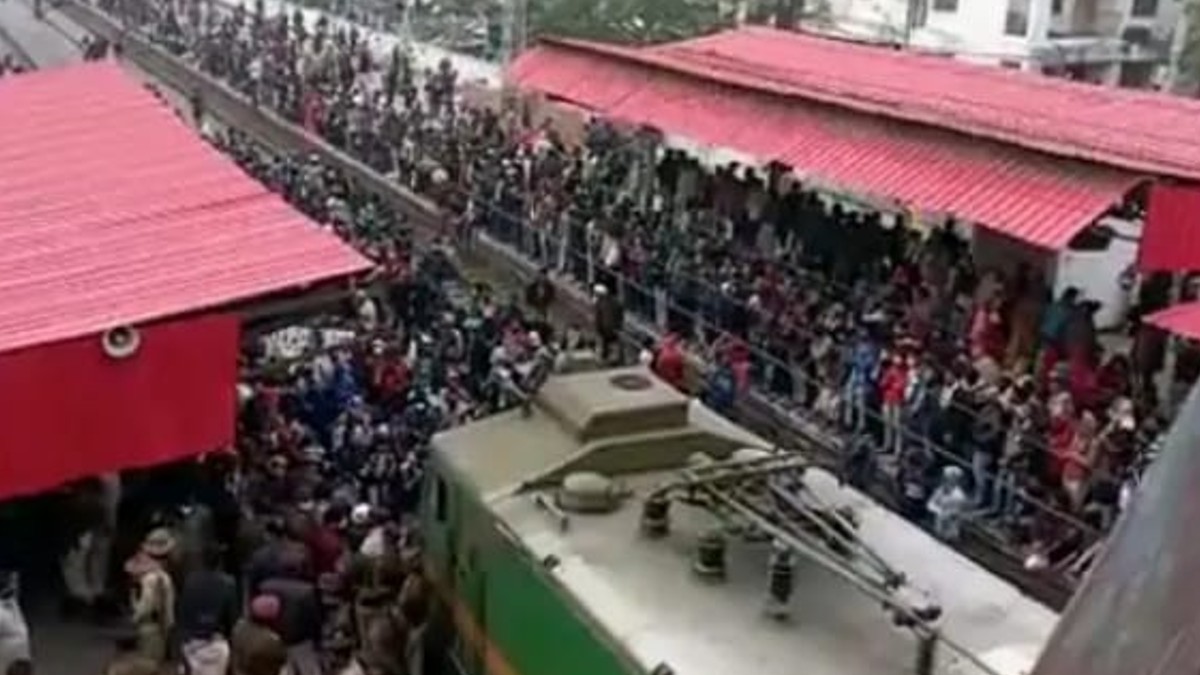 Patna: Thousands of aspiring candidates of the Railway Recruitment Board (RRB) blocked the Kolkata-New Delhi main railway line at Rajendra Nagar terminal in Patna and Arrah district on Monday evening to protest its move to have two exams.

The agitating students went on the tracks and stopped the passage of various trains including Rajendra Nagar-New Delhi Tejas Rajdhani express, the Sampoorna Kranti express, South Bihar express and many more. A large number of trains were diverted towards Gaya and Patliputra rail sections to go towards Delhi, Mumbai, Kolkata, Guwahati and other parts of north Bihar.

“There was only one examination mentioned in the RRB notification 2019. Now, RRB has issued fresh notifications where it mentioned two examinations. Many of the selected candidates are disqualified in the second examination. This is complete cheating by RRB. Its officials are playing with the futures of the students,” said Randhir Sahay, a student, protesting at Rajendra Nagar Terminal, Patna.

“We will not vacate railway tracks unless and until the Railway Minister announces one examination for Group-D.”

Due to massive protests, a large number of police of Patna and Bhojpur reached at Rajendra Nagar Terminal and Arrah junction respectively and carried out a baton-charge to disperse the protesters. They also fired tear shells. Still, the aspirants sat on the track and had not left till late evening.

“The students are sitting on the tracks in large numbers. We are trying to convince them. As they are in large numbers, they are unfortunatelyleaderless. Hence, if we talk to a group of students, others start protesting against them. We have informed senior officials of the railway. They are on the way to address the issue they have.”

“As a precaution, SSP Patna and myself are keeping an eye on the developments. This is the main route of Kolkata-New Delhi rail section. We are trying to convince them and remove them from the track so that passengers who are suffering from it, would get relieved,” he added.