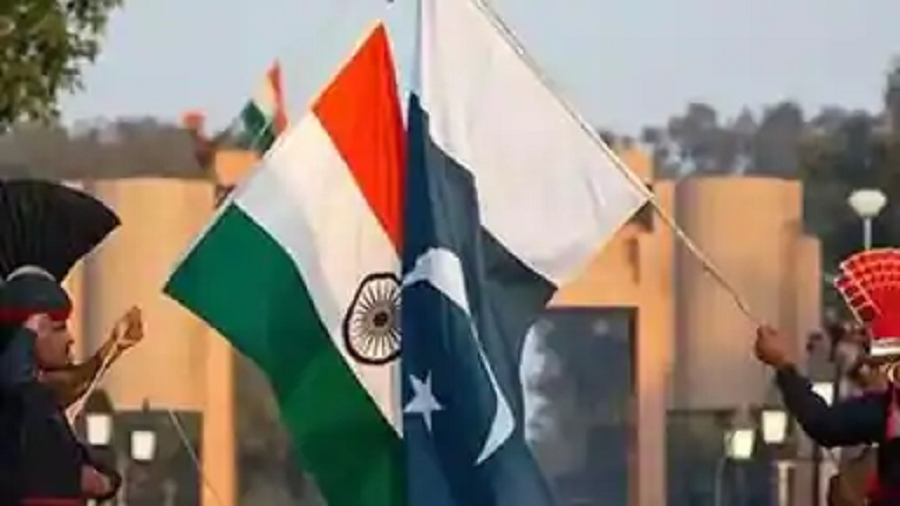 ON December 9, Shahnaz and I celebrated our 50th wedding anniversary. ‘Celebrated’ may be too strong a word. The Indo-Pak hostilities in 1971 which had begun the week earlier had reduced our marriage to a low-key nuptial. A week later, united, on Dec 16, we witnessed the divorce between West and East Pakistan.

Fifty years on, commemoration of our anniversary became another private occasion, bunkered this time during the ongoing battle against Covid-19.

December 1971 was a month punctuated with anxiety. The night before my wedding, I spent responding to the shrill summons of air-raid sirens warning the residents of Karachi of sorties by Indian planes. They flew over the unguarded city, guided by the flares of the blazing oil tanks in Keamari.

The brazen attack on the storage tanks made one painfully aware of our vulnerability. An obvious strategic target had been left unprotected. Once the conflagration began, it burned for days, making nonsense of the blackout imposed on the naked city. Our civil defence preparedness was next to naught. In the early hours that morning, an IAF plane flew almost at eye level with my flat window. The helmeted pilot was the first Indian I had seen in years.

On my way to collect Shahnaz, I passed the havoc caused by the Indian plane that had jettisoned its bomb over the upscale suburb of DHA, Karachi. The bomb fell on a fancy house, the pergola of which collapsed, killing the chowkidar sheltering beneath it.

After the ceremony and a lunch restricted to immediate family members, Shahnaz and I drove home in our bridal car, its headlights blinded with mud camouflage. We spent our honeymoon in our upper storey flat in Bath Island. When the air-raid warnings became too insistent, we huddled with other residents in the makeshift air-raid shelter beneath the staircase, distracted by Nur Jehan’s saccharine patriotic songs.

Fifty years after that fateful fortnight of conflict, India and Pakistan, like us, are older but, unlike us, are none the wiser. They are wedded to each other in a loveless relationship which sees no sweet tomorrows, only bitter yesterdays.

Ironically, the only casualty on this steely anniversary has been India’s chief of defence staff Gen Rawat. He died in a tragic accident involving a Russian-made Mi-17V5 helicopter. Not quite the advertisement of Russian hardware that visiting President Putin would have wished.

Pakistan’s military hierarchy has condoled with its Indian counterpart on Gen Rawat’s death — a touching reprise of 1966, when at Tashkent, president Ayub Khan shouldered the coffin of Indian premier Lal Bahadur Shastri. Death, the common enemy, makes comrades of foes.

Will the leadership of these two ‘distant neighbours’ ever communicate again at a human level, other than at funerals? Present cross-border rhetoric would suggest otherwise. The latest volley by PM Imran Khan repeats Pakistan’s principled stand that the resolution of the Jammu & Kashmir issue is the prerequisite for any dialogue. PM Modi has little time for Jammu & Kashmir, and even less for Pakistan.

That intractable dispute has lingered over the past 74 years, longer by half than our married life. During this time, Shahnaz and I have had children and grandchildren. On the other side of the border, Indians exist whose grandchildren know nothing of Pakistan except what they have been fed — a goshtaba of propaganda and prejudice pounded into their subconscious. Mature countries put their interstate arguments on the back-burner. India and Pakis­tan, like impoverish­ed housewives, use a single burner stove upon which they reheat the stale potage. Two coo­ks have managed to spoil the same broth.

The unforgiving, solid-saffron attitude of the BJP/RSS has not helped. Muslims in India are treated like some immoveable property left be­hind after the exodus in 1947. As the as­tute Mani Shankar Aiyar commented recently, the BJP/RSS does not expect them to migrate to any Muslim country — Bangla­d­esh, Indonesia, Afghanistan, the UAE, even Saudi Arabia; only to Pakistan. In Hin­dutva’s eyes, Indian Muslims are synonymous with Pakistan, ergo they are the enemy within.

For Shahnaz and myself, the past 50 years have pleached into posterity. The warmest messages we received on our anniversary were from friends in New Delhi, Mumbai, Orchha, Amritsar and Chandigarh. In touch but unable to touch, we had to forgo the friendly embrace, the connecting handshake.

Would it be too much to expect that the borders between India and Pakistan would be reopened by the time Shahnaz and I celebrate our 75th anniversary in 2046? PM Modi will be 96 then, and PM Imran Khan 94. If only they realised that time flies faster than fighter jets and faulty helicopters. Perhaps it is time for them to make way for younger and wiser men.

nextArrest Those Who Gave Call for Genocide of Muslims, Demands Owaisi