Kumbh 2025 to be grander than previous one, says UP govt 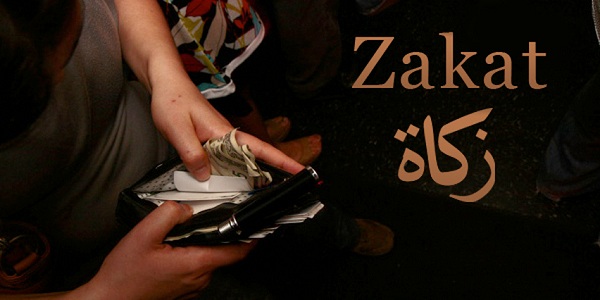 As we have entered the last phase of the Holy month, let us refresh the concept again, Literally, zakat means to grow, it can be used as an alternative approach for capacity building to be more productive, thereby contributing more to the economy.  With around 1.8 billion Muslims globally i.e 24.1% of global demography a properly managed Zakat system will be boon for the entire humanity and the best tools to eliminate poverty.

Besides poverty eradication, Zakat aims to eliminate greediness and encouraging socially oriented behavior, It is expected that the payment of zakat will purify the income of the payer, reconcile the hearts of payer and receiver, satisfy the basic needs of the poor and needy and solving the social problems such as poverty, unemployment, indebtedness and disparity.

Poverty alone cannot be just alleviated by income redistribution only, but it needs to include a  comprehensive approach. Poverty has become an economic, social, and political issue all over the world particularly in third-world nations including many of the Muslim countries.

International organizations like the United Nations and the World Bank are working hard to eradicate poverty with all kinds of activities, programs, services, and policy developments, according to a UN declaration, poverty is defined as: “..denial of choices and opportunities,  a  violation of human dignity.    It means lack of basic capacity to participate effectively in society.    It means not having enough to feed and clothe a  family,  not having a school or clinic to go to; not having the land on which to grow one’s food or a job to earn one’s living, not having access to credit.    It means insecurity,  powerlessness and exclusion of individuals,  households and communities.    It means susceptibility to violence,  and it often implies living on marginal or fragile environments, without access to clean water or sanitation”.

On the other hand, Islam defines poverty based on an individual fails to fulfill any of the five basic human requirements of life i) Religion ii) Physical self iii) Knowledge iv) Dignity and v)  Wealth.  Islam,  being a  religion of balance,  views poverty as social and ideological problems. It is considered a social problem because the effects are felt in the society as a whole. Moreover, it is also an ideological problem as it affects the performance of one’s socio-religious obligation towards the community and Islam, and may even lead to kufr.

Consistent with the brotherhood concept in Islam, Muslims were strongly encouraged to look after the poor in their community. History proves that zakat is an effective tool to alleviate poverty as during the period of Umar bin Al  Khattab and Umar bin Abdul Aziz poverty was completely eliminated.  However, with the fall of the Islamic  Empire and increasing  European influence during the colonialism period,  Zakat Institutions have lost their glory.

In general, there are two types of zakat, i) Zakat Al-Fitr zakat on oneself, It is a small amount that all Muslims are obliged to pay during Ramzan. and ii) Zakat Al-Mal or zakat on wealth, it is payable at any time of the year if a person’s annual income exceeds nisab.

Zakat is a concept referring to the redistribution of wealth prescribed by Allah to the deserving categories of people.

“The alms are only for the Fuqara’ (the poor), and Al-Masakin (the needy) and those employed to collect (the funds), and to attract the hearts of those who have been inclined (towards Islam), and to free the captives; and for those in debt; and for Allah’s Cause, and for the wayfarer (a traveller who is cut off from everything); a duty imposed by Allah. And Allah is All-Knower, All-Wise.” [Al-Quran 9:60]”

According to this verse, there are eight categories of people who are eligible to receive zakat:

Although eight categories of beneficiaries have been mentioned in the  Qur’an,  it is not compulsory to divide the zakat fund equally among them.  If all the categories require a similar amount of zakat fund, then it must be divided equally among them. However, if some categories require more zakat than the others, they can be given more money from the fund. It is left to the zakat institutions or agents to distribute the fund to those beneficiaries whose needs are greatest. However, it is generally believed that the main priority of zakat fund must be given to the first two categories; hardcore poor and poor.

In the Indian context, there are no centralized based Zakat institutions, therefore, the idea and vision of zakat are still not fulfilled, the beneficiaries are paid randomly at the individual level, therefore the potential benefits are not fulfilled.

Direct payment of zakat is acceptable especially for non-productive beneficiaries such as the disabled and elderly. On the other hand, zakat should be distributed in the form of capital finance to the poor and needy in order to encourage business activities among beneficiaries. In the long run, it is expected that the productive beneficiaries will be more independent, and able to support themselves and their families, thus escaping from poverty.

The obligation to pay zakat on wealth was received by the Prophet Muhammad ﷺ in 9 Hijri. Under the governance of Prophet Muhammad ﷺ zakat funds were collected and distributed by the appointed zakat collector (Amil), as one of the eligible categories, the Amil was given a portion of the zakat funds. the Amil used to go to the potential zakat payers properly assessed their zakat items and collected the amount due to them. Most of the Amil appointed by the Prophet ﷺ were retained by the first  Caliph  Abu  Bakar (RA) and stressed the importance of zakat payment, He said: “If they withhold giving zakah even a  little rein of a  camel or a  small baby sheep  (that is due on them) I will fight them for it zakat is an obligation on properties. By Allah, I will fight whoever discriminates between prayers and zakat”.

Later, under the reign of the second caliph, Umar bin Al-Khattab (RA), a new method of zakat collections was introduced, Known as  Al’Ashir, He set several checkpoints on major highways,  especially those coming from other countries.  An appointed tax collector was allocated at each checkpoint and zakat was collected from the Muslim traders. On the other hand, the non-Muslim traders were required to pay taxes on imports. And this practice continued throughout the early history of the Islamic government. Besides Al’Ashir, Umar also introduces the concept of Bait-al-Mal or Public Treasury in order to manage the zakat and waqf funds.  It is believed that under the good governance of Umar, there was so much prosperity that often it was hard to find an eligible recipient of zakat.

As witnessed in History,  there is evidence that zakat is effective in eliminating poverty, during the period of Umar bin Al-Khattab 13 to 22 Hijri and Umar bin Abdul  Aziz  99 to 101 Hijri poverty was completely eliminated. During this period zakat money could not be distributed due to the non-existence of poor people. Under the ruling of Umar bin Al-Khattab, the Yemen governor, Mu’adh bin Jabal sent one-third of the zakat collection to Umar bin Al-Khattab. Umar rejected the fund by saying, “I sent you to take from the rich and render it to the poor among them”.  Mu’adh later claimed that he could not find anyone who deserved the zakat money. In the following year, Mu’adh sent half of the zakat collection and a similar conversation took place between them. Later, in the third year, he sent all the zakat collection to Umar and said, find a single person who needs from me anything of the zakat”.

A similar scenario was found during the reign of Umar bin Abdul Aziz (Umayyads government) where an Egypt governor sent him a letter asking him on what to do with the proceeds of zakat funds as no deserving poor and needy was found in Egypt. According to Umar bin Abdul Aziz, the funds then shall be used to, buy slaves and set them free, build rest areas on the highways and help young men and women to get married.  Thus,  it seems that practically, zakat is efficient in combating poverty if being managed properly.

This miracle is also possible in this century too just need to learn from their governance and an honestly managed centralized Zakat institution. InshAllah the time of Umar will come.

previousDealing with China in post-Covid times

nextPreserving Our American Democracy in an Era of Repression and Regression 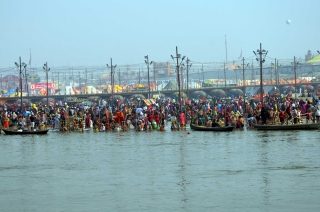 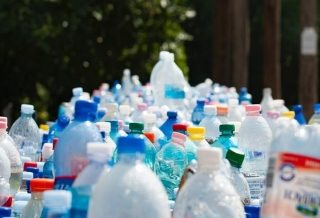 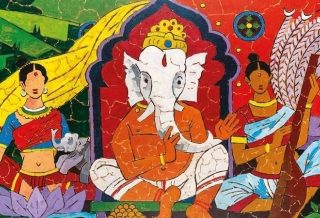