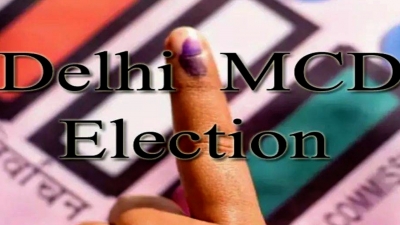 The analysis of affidavits of candidates contesting the Municipal Corporation of Delhi (MCD) polls this year showed that major political parties have relied more on women candidates this year.

New Delhi, Nov 26,2022:  The analysis of affidavits of candidates contesting the Municipal Corporation of Delhi (MCD) polls this year showed that major political parties have relied more on women candidates this year.

As per a report by the Association for Democratic Reforms (ADR), all the major political parties including the BJP, Congress and the AAP have fielded more women candidates than men this year in the upcoming December 4 MCD polls.

The report showed that a total of 136 out of 249 candidates fielded by the BJP are women.

The report on Saturday also disclosed that over 50 per cent of the candidates are educated only till 12th standard.

There are 12 candidates who are diploma holders.

previous154 yrs after he died, 'emperor of romance' Ghalib lives in his poetry