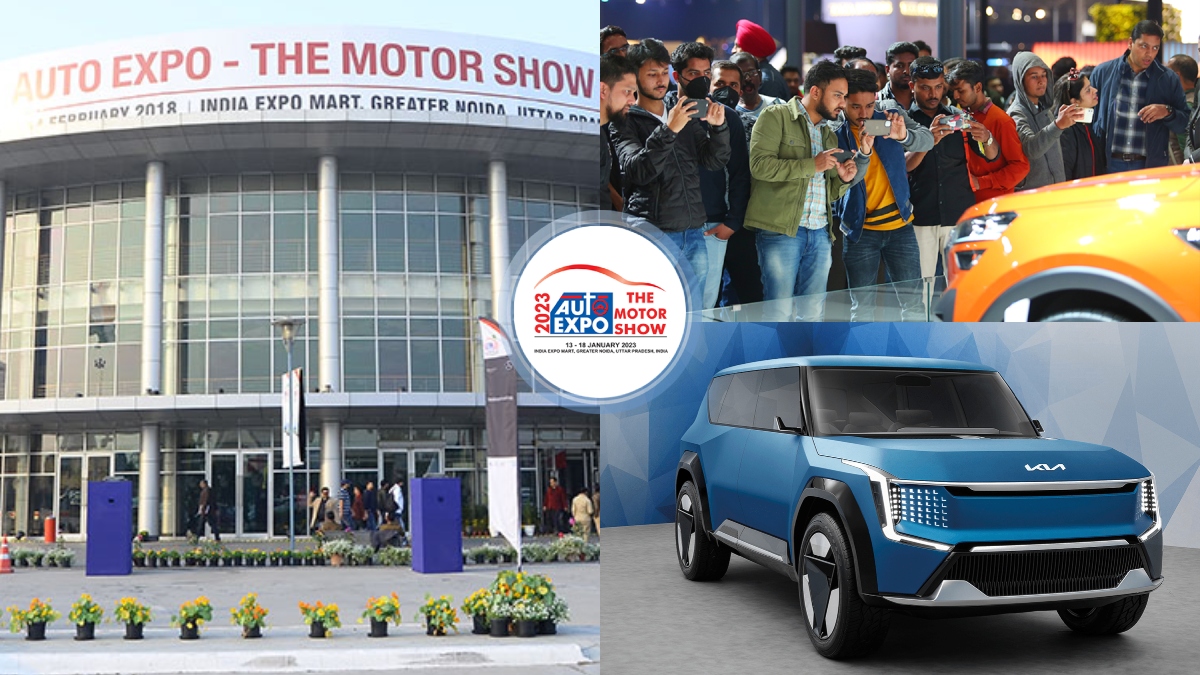 The Auto Expo 2023, being held at the Expo Mart in Greater Noida, has created a buzz not only in NCR but across the country. In new age cars, exhibited at the expo, makers have taken full care of modern technology as well as safety.

Greater Noida, Jan 15,2023: The Auto Expo 2023, being held at the Expo Mart in Greater Noida, has created a buzz not only in NCR but across the country. In new age cars, exhibited at the expo, makers have taken full care of modern technology as well as safety.

This year, a completely seperate pavilion has been set up for electric vehicles and vehicles running on natural fuel, which is attracting a huge crowd.

More than 50,000 people visited the expo on Friday. It is being estimated that on Sunday, this number can reach beyond 1 lakh.

People are curious to see the vehicles of future and also want to know which vehicles they will be able to use in the coming future, which have state-of-the-art facilities.

Started on January 11, the 16th edition of the Auto Expo has been officially open for the general public from 11:00 a.m. Saturday. The ticket for the expo is costing Rs 475.

In the Auto Expo, which is being held after three years, well-known automobile companies of the country and abroad are launching their products. A total of 75 products will be launched at the fair. These will include new cars as well as future works.

Coming back after 3 years, automobile companies are showcasing future technology and upcoming models.

Among these companies, Maruti Suzuki, Hyundai, Tata Motors, Kia India, Toyota, Kirloskar and MG Motor India are leading one. Thirty vehicles have been launched on the first day of the Auto Expo. This time, more than half of the 75 vehicles being presented at the Auto Expo are electric vehicles and vehicles running on natural fuel.

Union Road Transport and Highways Minister Nitin Gadkari, who arrived at the formal inauguration of Auto Expo 2023, said that “the automobile sector has contributed a lot in the development of India. GDP was 2.77 per cent 8 years ago, now it has reached 6 per cent.”

“It is evident that the country’s automobile industry growing and India is now at number three after leaving behind Japan. In the next 5 years, India will become the number one country in the world in the field of vehicle manufacturing. It is a bit difficult but not impossible.”

Heavy Industries Minister Mahendra Nath Pandey has said that “India has only one per cent of the world’s vehicles and we account for 11 per cent of road accident deaths. There is a need to bring this down. The government is continuously working on this. Electric vehicles are expensive because of the high cost of batteries, but the day is not far when India will also become an exporter of batteries.”

He also said that the Automotive Research Association of India is constantly working on developing fast chargers for vehicles. “By 2024, there will be no shortage of charging stations and battery in the market. India will have 70,000 electric buses, 55,000 electric four-wheelers, over 40,000 electric three-wheelers and 1 million electric two-wheelers on the roads by next year.”

Union Minister of Petroleum and Natural Gas Hardeep Singh Puri has urged automobile manufacturers to move beyond the prototype stage and introduce green vehicles in the market. He said that now is the time for biofuels and other clean energy technologies. Puri also enquired about the new electric and natural fuel vehicles introduced in the vehicle exhibition at Auto Expo 2023.

According to Puri, the target period of 20 per cent ethanol blending in India has been reduced from 2030 to 2024-25. He said that under a pilot project, ethanol will be made available at petrol pumps soon. Puri had inaugurated the Ethanol Pavilion at the expo.

previousMukkaram Jah, the grandson of the last Nizam of Hyderabad no more

nextGoa's sugarcane farmers in distress as they find no buyers