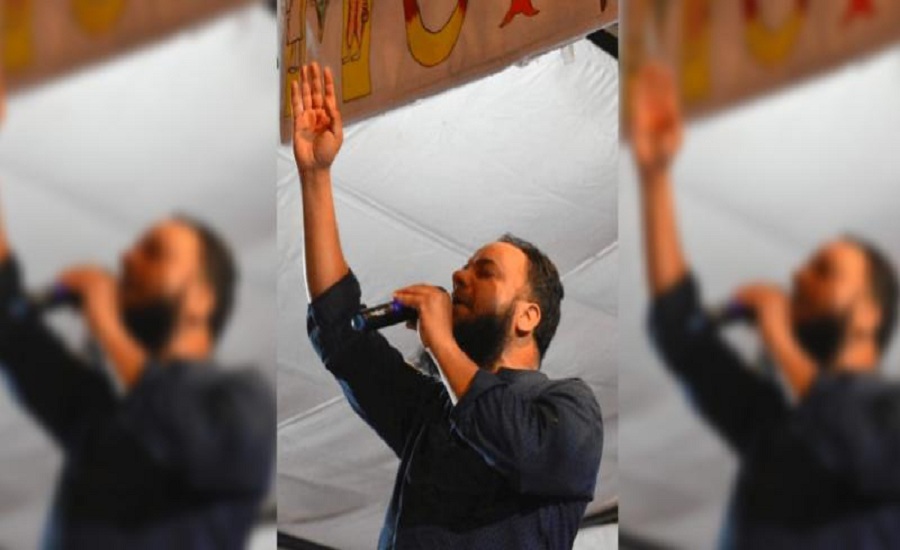 NEW DELHI – Wife of incarcerated activist Khalid Saifi threatened to commit suicide saying she couldn’t withstand the mistreatment and unhygienic condition in the jail her husband is enduring even as cases of Covid are on the rise inside the jail. In a Facebook post, Nargis Khalid Saifi, on Tuesday, expressed her distress over the difficulties her husband is going through in the jail and hinted at taking the extreme step.

However, later in another post, she expressed her determination to fight against injustice and confessed that she should not have talked about suicide.

Khalid, who was arrested by the Delhi Police in February 2020, has been languishing in jail for almost two years now in connection with the anti-Muslim riots northeast Delhi. The arrests of Khalid and other activists have been criticised by human rights defenders and Opposition leaders.

Activists believed that Khalid is a victim of vendetta who was arrested, along with many other activists, for simply protesting against the Citizenship Amendment Act (CAA).

Khalid’s wife Nargis, who has been struggling hard to get her husband released, is finding it difficult obtain bail for him as he is charged under the stringent anti-terror law Unlawful Activities Prevention Act (UAPA).

On Tuesday, Nargis said, “If anything happens to my husband in the jail, I will commit suicide after handing over my children to you. I’m not able to see the troubles which Khalid and his companions are facing.”

She said Khalid told her on phone from the jail how he and his fellow prisoners are living under distress as over 20 inmates have already contracted Covid. Despite the Covid cases, no initiative has been taken to improve the sanitary conditions inside the jail. In Khalid’s cabin, the toilet is overflowing with excreta rendering the atmosphere unhygienic.

Giving details about the treatment meted out to her husband inside the jail, Nargis said a geyser is available in the jail’s bathroom, but it is yet to start. So, he has no option but to depend on ice cold water for sanitary purposes. Last time during winter, he fell sick after taking bath. If he complains about it, he is mistreated by the vindictive jail authorities. Medicines are thrown at him.

“If you want to kill us, kill me, my children and Khalid once and for all. Why are you killing us slowly,” a desperate Nargis conveys to the authorities.

In another post, Nargis wrote how Khalid is being harassed by implicating him in false cases. “By keeping him in jail for years, they want to scare us. But they can’t break our courage. I should not have written what I wrote earlier today. But I’m distressed for Khalid. I could not lose my courage. I will fight the legal battle till I win and get justice,” she wrote.

previousCommunal Violence in the Year 2021