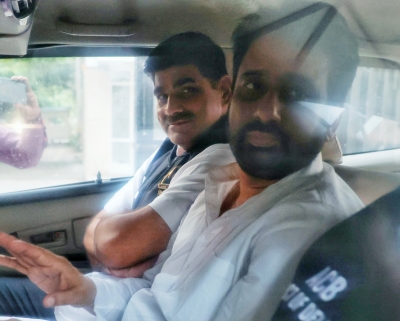 Member of Legislative Assembly from Delhi’s Okhla constituency Amanatullah Khan was arrested by the Anti-Corruption Branch on September 16 in a case pertaining to alleged financial misappropriation and other irregularities in the functioning of Delhi Waqf Board.

New Delhi, Sep 23,2022:  Member of Legislative Assembly from Delhi’s Okhla constituency Amanatullah Khan was arrested by the Anti-Corruption Branch on September 16 in a case pertaining to alleged financial misappropriation and other irregularities in the functioning of Delhi Waqf Board.

Like always, the ruling Aam Aadmi Party in Delhi, blamed their staunch opponent — Bharatiya Janata Party — for targeting its leaders and linked the police action to the upcoming polls in Gujarat. Similarly the BJP launched a scathing attack and demanded that the accused MLA shall be immediately sacked.

However, keeping aside the political mudslinging, what were the financial irregularities that ultimately led to the Okhla MLA’s arrest?

During the investigation of the case with regard to tenancy of Waqf properties, one person came forward to make the statement. The witness told the ACB that during the year 2021, he had submitted his bid for a Waqf board shop at Fatehpuri Masjid. His bid was declared to be the highest for Rs 30,000 and he was called to the Delhi Waqf Board office to complete the formalities.

“He was asked to pay a sum of Rs 10 lakhs, to which he objected and was directed to withdraw himself from the bidding process. Amanatullah Khan accepted the bid of another bidder who had quoted a much lesser sum of Rs 19,000 only. Thus, a financial loss has been caused to the exchequer of Delhi Waqf Board,” as informed by the Investigative Officer of the case to the Court.

The ACB was even able to get a statement from a female employee of the Delhi Waqf Board, who told them that the files relating to the Waqf Assets Management System of India (WAMSI) projects were removed at the instance of Amanatullah Khan as he allegedly “did not want transparency in the matters related to Waqf Board properties as it would result in putting a check on his illegal activities”.

Notably, the WAMSI project was introduced by the government for computerizing the properties of the Waqf Board.

Following the two-year-old case, the Anti-Corruption Branch had summoned the legislator, on September 16 while it parallely conducted raids at four locations connected to him and found incriminating material at multiple places.

After the raids, three separate FIRs were lodged and AAP MLA’s close aide Hamid Ali Khan (54), a resident of Jamia Nagar, was arrested.

One FIR was lodged against Hamid Ali as the police recovered one illegal weapon and some live cartridges from his place. The accused Hamid Ali disclosed that the illicit weapon and cash recovered from his residence belonged to Amanatullah Khan.

The second FIR was registered against Kaushar Imam Siddique alias Laddan, a resident of Jogabai Extension in Arms Act. “A country-made pistol and three live rounds were recovered from his place,” a senior official informed. He was on Wednesday nabbed from Telangana.

The third FIR was lodged for obstructing the raiding party of ACB in discharge of government work and four people were apprehended in this connection.

MLA Khan was arrested and later sent to four-day police custody, but, during the raids, the ACB says that they found very crucial evidence — a diary — from the residence of Kausar Imam Siddiqui alias Laddan.

The said diarym, as per ACB, contains the names of many persons who have made transactions of very large sums of money running in crores.

“One of the major recipients of a large amount has been found to be one Zeeshan Haider. It has been revealed that Zeeshan Haider has been associated with Amanatullah Khan for a long. But it has come to notice that after the raid on the accused and his accomplices on September 16, Zeeshan Haider and many persons have gone underground,” an official document prepared by IO of the case read.

On September 21, a local Court sent MLA Amanatullah Khan to five more days of police custody as the ACB told the court that the legislator was interrogated for only two days in the four days’ custody due to his health conditions which deteriorated and he had to be admitted to hospital.

The court extended the police custody remand citing multiple reasons. The first and foremost was that the ACB did not get enough time to interrogate the accused legislator.

Secondly, it said, the premises from where the alleged diary was recovered belonged to Kausar Imam Siddiqui, who was earlier absconding. However, now, he has been arrested from Telangana and ACB needs to confront the said Laddan with the present accused and also with the said diary to find out the purpose of making such entries, source of money and the reason of receiving the money from different persons and for giving the money to different persons, including present accused, as mentioned in the diary and the link between the so called Laddan and accused, if any.

Now, the AAP legislator will remain in police custody till September 26 where he will be confronted with other accused people.

(Ujwal Jalali can be reached at ujwal.j@ians.in)