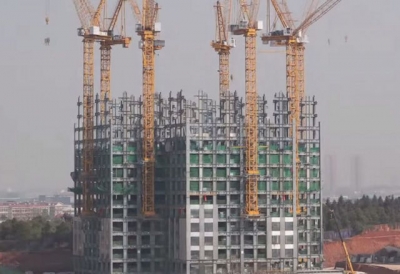 Uttar Pradesh’s first structural audit policy has been implemented in Noida, under which builders would have to submit a structural audit report to obtain a partial or full Completion Certificate (CC).

Noida, Dec 2,2022: Uttar Pradesh’s first structural audit policy has been implemented in Noida, under which builders would have to submit a structural audit report to obtain a partial or full Completion Certificate (CC).

The Noida Authority will take further action only after receiving the report.

According to the Authority officials, the builders were earlier required to submit a structural stability report to get the plan approved, but with respect to the new policy, along with this, a structural audit report has also been made mandatory to be submitted.

The policy’s effect will be seen at 63 under construction projects in Noida.

The report will guide the authority to detect whether the construction is being done on the basis of the structural stability report submitted by the builder or if there are any changes in the same.

It will also help in quality assessment.

The report will be made available from the Central Building Research Institute (CBRI), National Institute of Technology (NIT) – Delhi and Indian Institutes of Technology (IITs) – Kharagpur, Nagpur, Mumbai, Bangalore, Delhi and Roorkee, following which the Authority will get the companies assessed for panel investigation. In case of any difference found, the standards will be met again, after the completion of which the CC will be issued to the builder.

Construction work of 92,300 units was being done in the 63 under construction projects. The CC of 87,000 units has been issued, said officials.

The structural audit policy is based on three major defects of construction, namely crack and damage in the foundation of the first building, in the second floor and common area and in the walls.

The audit will fall under the responsibilities of the builder for five years from the issue of CC, after which it will have to be taken care of by the Apartment Owners’ Association (AOA) at their own cost.

previousGlobal banks to rake in solid profits in 2023: Moody's