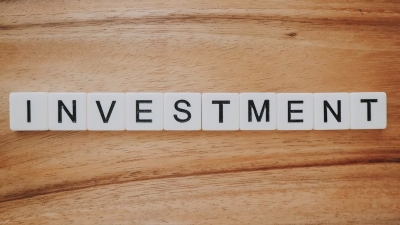 Uttar Pradesh expects to attract Rs 10 lakh crore worth of industrial investment over the next five years during the ‘Global Investors Summit’ it plans to host in January next year.

Lucknow, July 19 , 2022: Uttar Pradesh expects to attract Rs 10 lakh crore worth of industrial investment over the next five years during the ‘Global Investors Summit’ it plans to host in January next year.

According to a government spokesman, the state had emerged as a dream destination for industrial investment in the country and Chief Minister Yogi Adityanath has directed the officials across departments to pull up their socks to propel the growth bandwagon to the next level now.

The chief minister told officials to target investment of Rs 10 lakh crore in the state through the event.

The chief minister said, “Imbibing Prime Minister Narendra Modi’s mantra of ‘Reform, Perform and Transform’, Uttar Pradesh is moving fast towards becoming the second largest economy of the country. As of now, it is at the number six. The ‘Uttar Pradesh Global Investor Summit’ is a great opportunity to boost the new aspirations of Uttar Pradesh. The state must work and eye an investment target of Rs 10 lakh crore.”

The chief minister further said that with MSMEs as the focus of the first day, the Global Investor Summit of UP should be given wide publicity by organising roadshows in countries like the UK, the US, Canada, UAE, Sweden, Singapore, Netherlands, Israel, France, Germany, South Korea, Mauritius, Russia and Australia.

“We must send our teams to these countries, so that a conducive environment of UP may be created in countries of significance to the industrial world,” he said, adding that Singapore proposing to join Uttar Pradesh as partner for the Global Investors’ Summit was a matter of pride.

previousTea production in Nilgiris increases by 6.9% due to heavy rain