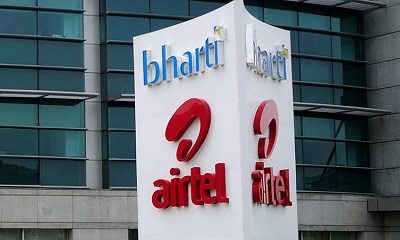 “We can confirm that we have received interim order from the UIDAI regarding temporary suspension of Aadhaar linked e-KYC services till their satisfaction on certain processes relating to Airtel Payment Bank’s onboarding of customers,” the company said in a statement.

“We are engaging with the authority and are hopeful of an early resolution. We are also undertaking to complete the said actions on priority and have commenced thorough checks of our process flows. Being compliant to all guidelines is paramount to us.”

The “Aadhaar linked e-KYC” service of UIDAI provides an instant, electronic, non-repudiable proof of identity and proof of address along with date of birth and gender, resident’s mobile number and email address to the service provider.

Aadhaar authentication and e-KYC services are available to different sectors and government organisations under a license.

Bharti Airtel uses the Aadhaar data base for the purposes of mobile services KYC under a license agreement, while Airtel Payments Bank which is a separate entity is an authorised KYC User Agency (KUA) and Authentication User Agency (AUA) of UIDAI.

nextSonia, a reluctant entrant into politics who renounced power