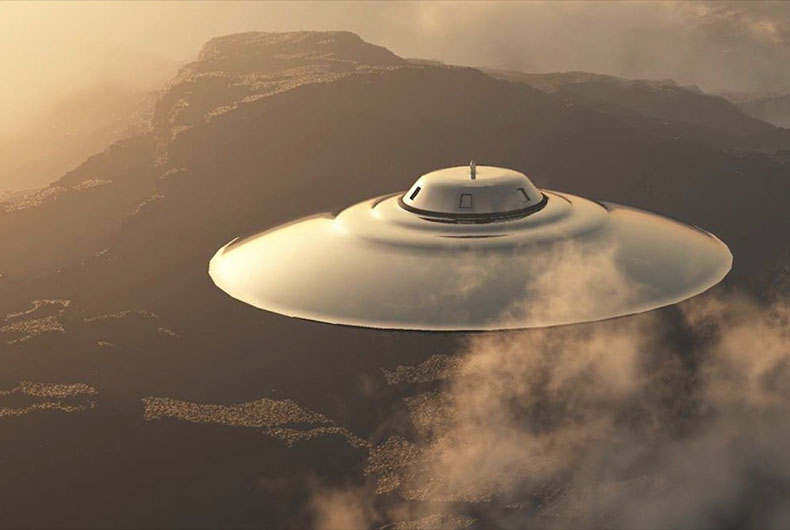 Washington: In a first public Congressional hearing in over 50 years on Unidentified Flying Object (UFOs) sightings in the US, the country’s military officials unveiled new footage of what they call as unidentified aerial phenomena, or UAP, but nothing suggests the presence of aliens, media reports said.

The hearing comes after the release of a brief report in June 2021 from the director of national intelligence on UAP that led to the creation of a task force to investigate the issue, CNET reported.

According to Deputy Director of Navy Intelligence Scott Bray who shared the clips recorded by military personnel at a 90-minute committee hearing in the House of Representatives on Tuesday, the task force now has a database of over 400 UAP reports but nothing is conclusive.

One of the videos taken in 2019 from a US Navy ship through night vision goggles shows an unidentified triangular object. Another clip of the same phenomenon was also observed at a later date from a different location.

Bray explained that analysts suspect the object was actually an optical effect “correlated with unmanned aerial systems in the area”.

“That’s likely a drone appearing as a triangle because of the effect of light from the object passing through the goggles and then through the lenses of the SLR camera that recorded the clip”, the report said.

Bray also shared another short video, taken in 2021, from the cockpit of a military jet appearing to show a spherical object for a fraction of a second.

“In many other cases we have far less than this,” Bray was quoted as saying. He later added that there is currently no explanation for the object.

“There are a small handful (of sightings) in which there are flight characteristics or signature management we can’t explain with the data that we have,” he said.

Bray also said that the military has never communicated with, fired upon or collided with a UAP, although there have been 11 documented near misses, as mentioned in last year’s unclassified report from the director of national intelligence.

“But they are real. They need to be investigated, and many threats they pose need to be mitigated.”

The June 2021 report by Pentagon on UAP sightings had listed five possible explanations for UAPs, which included things like airborne clutter, natural phenomena in the atmosphere, top-secret US technology, or technology from foreign adversaries like Russia and China, the Verge reported.

The report also included a fifth explanation, “other”, which encompasses everything they can’t explain. Those are the ones that continue to capture the imagination of the public.

And while Bray emphasised that the UAP Task Force hasn’t seen any wreckage that “isn’t consistent with being of terrestrial origin”, they are focused on explaining the unexplainable.