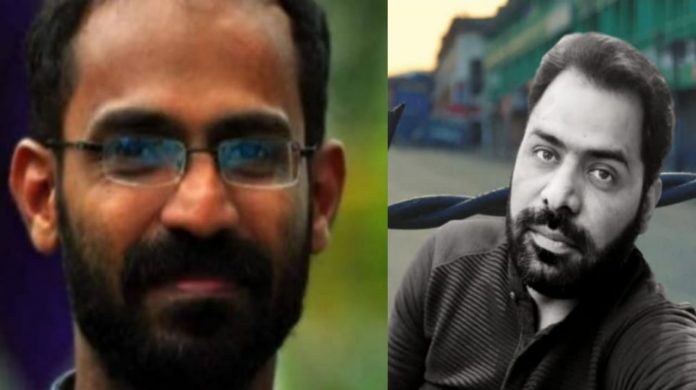 Washington, DC  – The Indian American Muslim Council (IAMC) in a press statement has welcomed the decision of the United States Commission on International Religious Freedom (USCIRF) to list human rights defender Khurram Parvez and journalist Siddique Kappan on the Freedom of Religion or Belief (FoRB) Victims List. The FoRB list is a database of persons who have been imprisoned or detained in a Country of Particular Concern (CPC), which USCIRF defines as a country that has engaged in or tolerated “systematic, ongoing, and egregious” violations of religious freedom. India has been recommended as a CPC for two years in a row.

Khurram Parvez, who was arrested by Indian police in November, is a globally-renowned human rights defender from Kashmir, India’s only Muslim-majority province. He is the coordinator of the Jammu and Kashmir Coalition of Civil Society (JKCCS), an organization that has repeatedly criticized the human rights abuses committed by Indian security forces in Kashmir on the orders of Prime Minister Narendra Modi and the ruling Bharatiya Janata Party (BJP).

Parvez has played an instrumental role in documenting serious human rights abuses committed by Indian forces in Kashmir, particularly after the Indian government revoked the region’s special autonomy in late 2019.

On November 22, 2021, Parvez was arrested under the Unlawful Activities Prevention Act (UAPA), India’s draconian anti-terror law on baseless charges of “terror-funding,” “conspiracy,” and “waging war against the government of India.” On December 4, 2021, he was transferred to a maximum security prison in New Delhi to await hearing, despite the flimsiness of the charges against him. His current location is unknown.

His arrest sparked international outrage and concern. On December 22, 2021, the office of the UN High Commissioner for Human Rights called for Parvez’s release in a statement.

“We are concerned that one month after Mr. Parvez’s arrest, he is still deprived of liberty in what appears to be a new incident of retaliation for his legitimate activities as a human rights defender and because he has spoken out about violations,” the statement said.

According to USCIRF, “Human Rights organizations allege Parvez’s arrest is motivated by his work documenting human rights violations committed by authorities in Kashmir, a Muslim-majority area.”

Siddique Kappan is a Muslim journalist who is currently being held in a jail in Uttar Pradesh state since his arrest in October 2020. Kappan was arrested while on his way to Hathras, a district in Uttar Pradesh, to report on the brutal rape and murder of a teenage Dalit girl. Authorities stated that Kappan was being held on baseless charges of “sedition,” “promoting enmity between groups,” “outraging religious feelings,” and “knowingly holding property derived or obtained from the commission of a terrorist act.”

The chargesheet against Kappan attempted to paint him as a journalist with an anti-Hindu agenda: “These writings of Siddique Kappan, to a great extent, can be classified as communal… During riots, taking the name of a minority and talking about events related to them can incite sentiments. Responsible journalists do not do such communal reporting. Kappan only and only reports to incite Muslims.”

Despite the weakness of the case against him, Kappan was charged under the UAPA, and has remained imprisoned for over a year. According to USCIRF, “In addition to catching COVID-19 [in prison], Kappan reportedly suffers from depression, anxiety, and poor eyesight.  He has reportedly been unable to receive adequate medical care.”

previousReopening schools for girls our responsibility, not world pressure: Taliban