Substantial opportunity for Indians and South Asians to make it big in America: Frank Islam

“Any Criticism from Govt is seen by me as Having Done My Job Well”: Mihir Desai 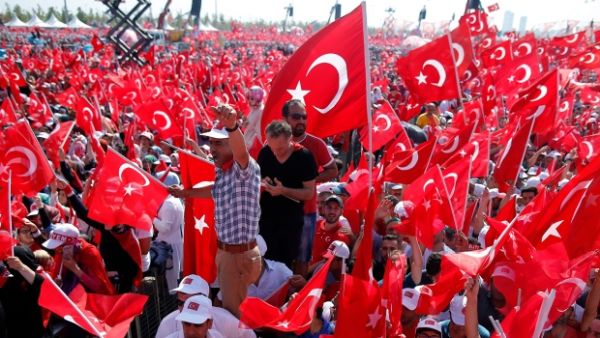 Heartily congratulations to His Excellency for taking over the charge as Consul General, Mumbai, and willing to know that how do you see your new job?

As the new Turkish Consul General in Mumbai, I am pleased and honoured to be in India, a friendly country and a strong partner with which Turkey has deep-rooted historical and cultural bonds.

Turkey recognized India right after its declaration of independence and diplomatic relations were established between the two countries. Yet, the foundation of friendly ties between the two peoples goes centuries back.

Today Turkey is represented in India by its Embassy in New Delhi and Consulates General in Mumbai and Hyderabad. Bilateral relations between Turkey and India have been developing, yet we have a much bigger potential. I believe that there is a big potential for deepening our cooperation not only in politics, but also in other key areas such as commerce, investments, science, aviation, tourism and culture.

As the Turkish Consulate General in Mumbai, we will continue to contribute to the further development of our bilateral relations. We have an ambitious agenda for our bilateral ties and we should seize the opportunity before us.

As the Turkish Consul General in Mumbai, how do you see the future of bilateral relations?

Bilateral relations between Turkey and India are developing including through high level visits. In this context, President H.E.Recep Tayyip Erdoğan paid an official visit to India in 2017 and Minister of Trade H.E.Ruhsar Pekcan visited India in December 2018.

It is a fact that the joint potential of Turkey and India, as two of the  largest economies in the world, is far higher than the current bilateral trade and investment figures. Our goal is to increase the trade volume to at least 10 billion USD in the shortest time possible.  Turkey and India are also among the fastest growing economies among G20 countries. Indeed, some Turkish companies are undertaking critical projects with their Indian partners.

Tourism is definately an important aspect of our relations. As you know, Turkey is one of the top tourist destinations in the world. We had more than 32 million visitors last year. I am pleased to observe that the number of visitors from India has been increasing as well.

I am confident that our bilateral relations will be further deepened and diversified in the period ahead. This is our sincere wish and we are committed to achieve this goal in cooperation with the Indian authorities and friends.

Turkey has been an advocate of international solidarity and partnership. Policies need to be able to adopt to constant change and help shape the dynamics in the direction of peace, prosperity and stability. That is why Turkey takes initiatives with an “enterprising and humanitarian foreign policy” approach.

Furthermore, Turkey has assumed leading roles in endeavors to foster mutual respect and common values among different cultures and religions. Turkey has also been active in efforts to contribute to global peace and security through facilitation and mediation.