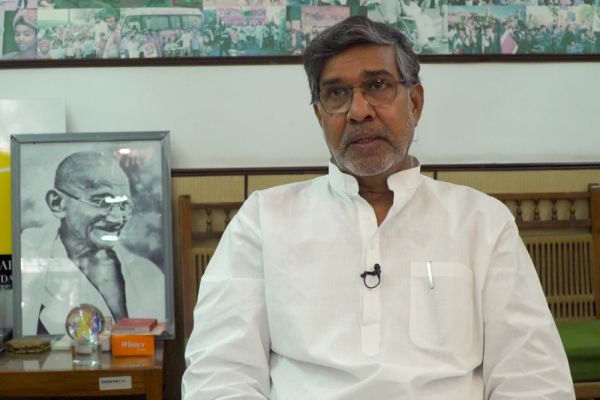 New Delhi : Kailash Satyarthi’s life has been converted into a film named “The Price of Free” directed by Derek Doneen and produced by Davis Guggenheim whose previous project includes “He Named Me Malala”.

The Nobel Peace Laureate says that one of the biggest endeavours of this film is to reach out and inspire the youth of this world to stand up for the rights of the not-so-privileged children.

Winner of the Grand Jury Prize for Best Documentary at the 2018 Sundance Film Festival, “The Price of Free” (formerly titled ‘Kailash’) is a suspenseful yet intimate look at one man’s groundbreaking struggle to liberate every child possible from slavery.

Talking about how important the film is for the world to see, Satyarthi told IANS, here: “‘The Price of Free’ has a strong message for corporate, consumers, law makers and enforcement agencies alike to do their bit for the most marginalised children who are languishing as child labourers and have been left out of the photo frame of socio-economic development.

“As you read this, there are 150 million child labourers with their hopes dashed and life being wasted. Out of these nearly 73 million are in severely precarious conditions as victims of trafficking, child slavery, sexual exploitation, child marriages, forced beggar and as child combatants among others.”

He said that one of the biggest endeavours of the film was to reach out to, and inspire, the youth of this world to stand up for the rights of the not so privileged children. “The cause of 100 million for 100 million campaign that we launched earlier in 2016 is linked with the message that ‘The Price of Free’ wants to convey to the youth who have the power, idealism, strong will and leadership qualities to help create a child friendly world,” he said.

“This film engages, sensitises ad inspires the youth. The documentary also emphasises for united and coherent efforts of various constituencies like children, youth, teachers, parliamentarians, faith leaders, businesses at a global level to ensure that rights of all children are upheld and no one is left behind,” he added.

Satyarthi also feels that ‘The Price of Free’ is in fact the most powerful tool to vitalise the global movement to end violence against children.

“This film signifies hope, optimism, possibilities and gives solutions for the problems faced by the most marginalised children of the world. I strongly believe that if one is not a part of the solution then one is the problem itself,” he said.

Building a strong rationale and argument against child labour and exploitation, the film calls upon everybody to stand up for the rights of the children. “I strongly feel that this film will instil a deeper moral responsibility particularly in Indians as they will get to learn more about the worldwide struggle initiated and led by another Indian,” he said.

The film project started around three years back when producer Guggenheim, who also won an Oscar for “The Inconvenient Truth”, approached Satyarthi for a film on his life and work. He had attended the Nobel Prize ceremony in 2014 and fell in love with the subject.

Guggenheim’s team led by director Derek Doneen, followed Nobel Peace Laureate and his colleagues for nearly two-and-a-half years to observe his work and film raid and rescue operations for freeing children from slavery and exploitation.

YouTube Original documentary released the film on November 2 in New York and November 9 in Los Angeles, before its launch on the platform on November 27 in India. The film has received 1.5 million views in two days.

Talking about how India had moved towards eradicating child slavery, he says, “India has made substantive headway in addressing the issue of child labour and slavery.”

With efforts of governments (central and state), law enforcement agencies, civil society, teachers and youth organisations and trade unions the number of child labourers had significantly come down after the turn of this century.

“India has some of the best and most progressive laws against child exploitation but the challenge lies in effective implementation of these laws. There is a huge pendency of trials in crimes against children in our courts of law. Children trapped in slavery cannot afford to wait and so shouldn’t we. All of us have to join hands in emancipating children and ensuring their freedom, health, safety and education,” he said.

Talking about what he had to suffer during his struggle to save children, Satyarthi says that “someone will have to pay the price of freedom” for the most marginalised persons.

“It won’t come served on a platter. I feel humbled to be able to empower the children. In my mission to free the children, many people may have become my enemies over the last four decades but the fact remains that I have made millions of friends as well,” he said.

(Nivedita can be contacted at nivedita.s@ians.in)

nextKids with deformities of Bhopal gas-hit families can be rehabilitated