A Heartfelt Statement From President Biden On The Beginning of Ramadan 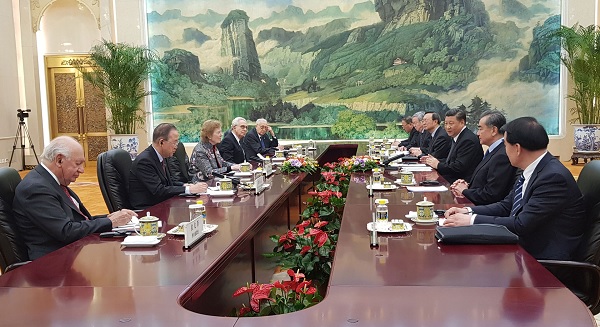 The Elders’ first official trip to China, to meet its top leadership, took place in early April 2019. It was an opportunity to engage with President Xi Jinping and other senior leaders on some of today’s most pressing issues: from multilateralism and climate change, to nuclear non-proliferation and human rights.

In addition to the President, an in-depth meeting was held with China’s top foreign affairs official Yang Jiechi, Director of the Central Foreign Affairs Commission. The Elders also met Li Ganjie, Minister of Ecology and Environment; Xie Zhenhua, Special Envoy on Climate Change; Zhao Huan, Chairman of the China Development Bank; He Lifeng, Chairman of the National Development and Reform Commission (NDRC); and Li Baodong, Secretary-General of the Boao Forum.

As China is a nuclear weapons state and a Permanent Member of the UN Security Council, the Elders were keen to discuss their new initiative on nuclear disarmament with the country’s leaders. Discussions tackled how the current behaviour of Russia and the US threatens to reverse the progress achieved on nuclear disarmament since the end of the Cold War, 30 years ago.

The Chinese leadership acknowledged the Elders’ concern over the global shift toward rearmament. For their part, the Elders’ delegation was encouraged to hear that China has no plans to increase spending on its own nuclear arsenal.

With regards to nuclear tensions on the Korean Peninsula, the Elders said they were disappointed by the failure of President Trump and Chairman Kim to reach a deal at the February Hanoi Summit.  The Chinese leadership was more positive and felt the door was still open to an agreement. Efforts to persuade North Korea and the United States to return to the negotiating table were needed.

Climate change continues to be one of the existential threats facing the world today, and China will have a critical role to play in the coming decades as the world’s second largest economy.  As a result The Elders’ recent visit to China had a significant focus on climate change including meetings with policy makers and investors who are leading China’s action on climate change.

President Xi highlighted in his meeting with The Elders China’s new development philosophy, the “ecological civilization” and the country’s commitment to the Paris Agreement. The Elders welcomed this in light of the withdrawal of the US on international leadership on climate, and next year’s work on drafting China’s 14th 5 year plan.

Further meetings during the visit allowed the Elders an opportunity to discuss in more depth two of the key issues related to China that are most likely to impact global efforts in restraining climate change to 1.5 °C  — the Belt and Road Initiative (BRI) and the submission in 2020 of countries’ updated Nationally Defined Contributions (NDCs).

With regards to the BRI, the Elders recognised the scale of the project, as one of the most ambitious international development cooperation initiatives seen by the world in many years encompassing over 100 countries with the ambition of lifting millions of people out of poverty through infrastructure investment.   The Elders were, however, keen to stress the importance of ensuring not only that investment was made in a way that was locally sustainable, providing jobs and training for local communities, but that the investments made were environmentally sustainable as well.

The Elders were particularly concerned about the need to reduce the amount of investment in fossil fuel projects and suggested that, with China’s role as the world’s largest producer of renewable energy, there was an opportunity to show leadership by exporting this low carbon technology throughout the BRI.  In response, the Chinese leadership were keen to assure the Elders that the Sustainable Development Goals, as well as environmental and emissions standards, were considered when evaluating new projects and looking at risk.

With a little over a year before countries will need to submit new NDCs, China’s plans and level of ambition for their NDC was of particular concern to the Elders.  The Elders pointed out that current global commitments were not sufficient to keep global warming below 1.5 °C and that they hoped that China would be able to show significant ambition with their updated NDC, particularly in light of the fact that they had shown their ability to meet previous commitments, such as their carbon intensity commitment, early.

Whilst the Chinese did not commit to any specific new target they reiterated their commitment to ecological protection, to delivering on implementation of the Paris Agreement and the importance of a multilateral approach to addressing climate change.

Alongside high-level meetings, The Elders were also able to meet with students of China’s Foreign Affairs University.

Issues of intergenerational justice and global citizenship, the role of the WTO in dispute resolution, the importance of China’s UN peace-keeping efforts, and the limitations of current action on climate change were areas of discussion.

The Elders noted that thanks to the increased support China’s government is giving to multilateral engagement, many of these graduates will play leading roles for China on the international stage.

The Elders look forward to continuing discussions with China on the key global issues of our time. 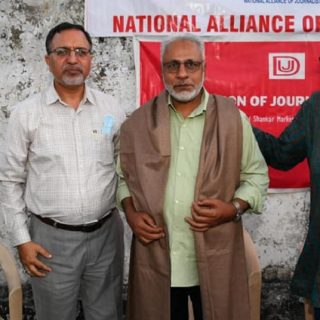 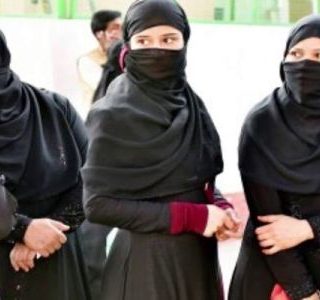 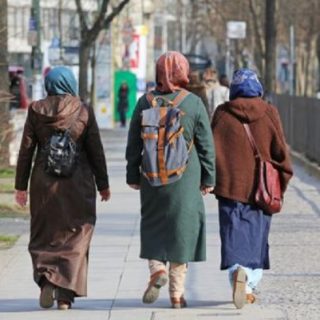