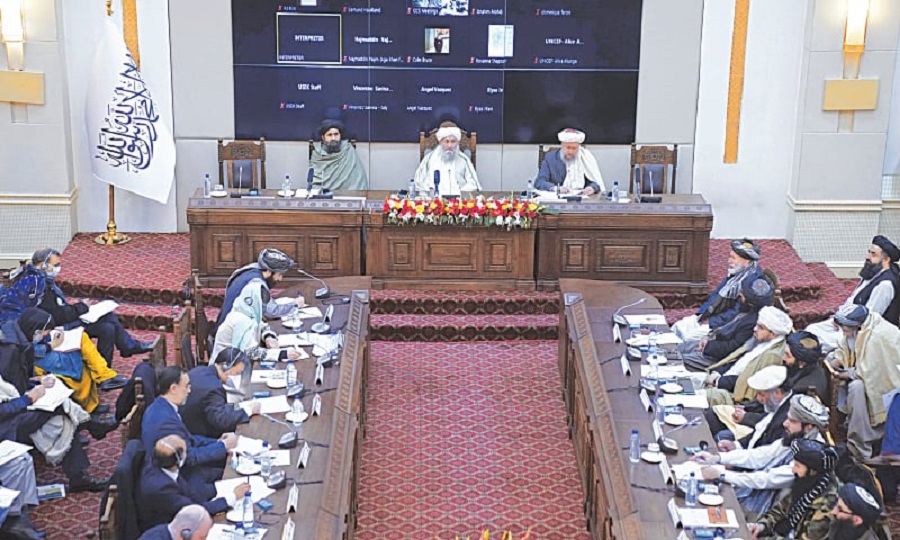 “I call on Muslim countries to take the lead and recognise us officially. Then I hope we will be able to develop quickly,” Mohammad Hassan Akhund said at a conference in Kabul

KABUL — Afghanistan’s prime minister called on Muslim nations on Wednesday to be the first to officially recognise the Taliban government, as the aid-dependent country faces economic collapse.

No country has yet recognised the Taliban, with most watching to see how the group — accused of human rights abuses during their first stint in power — restrict freedoms.

Although the group has promised a softer rule in line with their interpretation of Islamic Shariah, women are largely excluded from government employment and secondary schools for girls are mostly shuttered.

“I call on Muslim countries to take the lead and recognise us officially. Then I hope we will be able to develop quickly,” Mohammad Hassan Akhund told a conference in Kabul called to address the country’s massive economic woes.

“We don’t want it for the officials. We want it for our public,” he said, adding that the Taliban had fulfilled all necessary conditions by restoring peace and security.

Afghanistan is in the grip of a humanitarian disaster, worsened by the Taliban takeover in August that prompted Western countries to freeze international aid and access to billions of dollars worth of assets held abroad.

The country was almost entirely dependent on foreign aid under the previous US-backed government, but jobs have dried up and most civil servants haven’t been paid for months.

On Wednesday, the International Labour Organisation said half a million Afghans lost their jobs in the third quarter of 2021, and this was expected to rise to 900,000 by the middle of this year — with women disproportionately affected.

With poverty deepening and a drought devastating farming in many areas, the United Nations has warned that half the 38 million population faces food shortages.

The UN Security Council last month unanimously adopted a US resolution to allow some aid to reach desperate Afghans without violating international sanctions.

nextNo Important Documents on WhatsApp, No Use of Smartphones in Meetings on Classified Issues: Govt