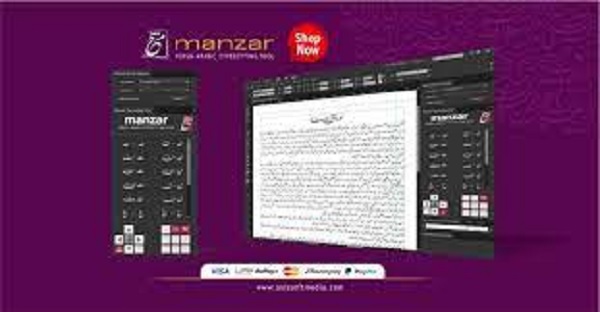 Urdu is a language that is distinctly elegant and decorous. A whopping 200 million people speak Urdu, the world’s 11th most widely spoken language. Majorly spoken in India and Pakistan, Urdu, with time, has also travelled to Western Asia, Europe, America, and elsewhere in the world through the Urdu-speaking diaspora, widening its popularity and landscape.

With the advent of the computer and internet technology, Urdu has been popularised further, but not to the extent of English and other major languages, primarily due to the limitation in its typeface.

Urdu is mostly written in Naskh font based on Arabic and Nastaliq font based on Perso-Arabic. Naskh has been on machines for a long time, even before the computer became ubiquitous. For example, typewriters used to have various forms of Naskhin the past.

Naskh is simple and easy to code, but it has one limitation. It is not very easy to read online for average Urdu-speaking people. So, when the Perso-Arabic-based Nastaliq came into use in digital form, it solved the problem to a great extent.

Even the printing and publication industries, which have already been heavily digitalised and have computer technology at the centre of all their activities, have benefitted greatly from Nastaliq’sdigital incarnation.

Nastaliq is easy to read and ornate in styling, making it suitable for online designing and calligraphy. Even with the mechanical rendering, Nastaliq provides the same sweep and flourish as traditional handwritten calligraphy. Resultantly, Urdu has a new lease on life and regained its sheen in the digital space.

In India, to that end, a man has been tirelessly doing his utmost to invigorate Urdu and preserve its aesthetics. He is Mumbai-based Syed Manzar, the founder and Managing Director of Axis SoftMedia Inc. (Centre for Research in Digital Calligraphy-Perso-Arabic), a font-developing research lab based in Mumbai.

A Loving Crusader for Urdu

Syed Manzar is soft-natured and has a calm demeanour. But beneath his calmness, he has a burning desire to ensure Urdu has its rightful place so far as its digitalisation is concerned vis-à-vis other top languages of the world.

An MCA and a product of Urdu Medium School, Syed Manzar fondly says, “I have been in love with Urdu since childhood. Its exquisiteness, fragrance, and candour appeal to me so much.” He further adds, “Urdu, however, has lagged behind other Indo-Aryan languages in terms of getting on the technology bandwagon. Digitalising it, I am only playing a small part in redeeming its past glory.”

Syed Manzar, with years of skills and expertise behind him, has developed a wide range of fonts, Ali Nastaliq, FaizNastaliq, and ArifNastaliq being prominent among them, which have revolutionised the typography of Urdu. Syed Manzar hasn’t, however, given up on Naskh altogether. The Manzar Quranic Naskh is as much popular as his other fonts are.

Syed Manzar says, “Axis SoftMedia’s journey began in 1992 to cater to the needs of the Perso-Arabic publishing market and computing world. The company so far has developed scores of fonts, becoming the first digital software company in the subcontinent to do so.”

Axis SoftMedia has also worked with hundreds of advertising and design agencies, translation agencies, and clients, providing them with tools to take their message in Urdu to a broader audience more stylishly and presentably.

He says, “For the proliferation of Urdu on the internet, we have our fonts available online to download. They are both aesthetic and technologically compatible with most social sites and webpages so that internet users can easily communicate and create content in their beloved language.”

Syed Manzar has spent a long time working for InPage, the world’s leading Urdu software dedicated to Urdu Page making, where he created most of the fonts while adding to its richness. However, in 2012 he parted ways with the InPage team and started fully concentrating on Axis SoftMedia. Ever since, the company has launched product after product that, competition-wise, provides a significant edge and differentiation to its clients.

The latest product that Syed Manzar has come up with is the Manzar Perso-Arabic Typesetting Tool. This comprehensive typographic plugin works with Adobe InDesign, a popular desktop publishing and layout application, on both Windows and Mac platforms.

Syed Manzar says, “Manzar Perso-Arabic Typesetting Tool is a long-awaited breakthrough in Urdu typesetting. There are several benefits of using Manzar. It allows users the creative freedom and richness of typography, improves precision, and saves time.”

The new tool brings a plethora of features that the publishing industry has been going without for a long time. It lets the users select and reposition each letter and even the tiniest components like Nuqta and Aerab as per their requirements while complemented with the spacing feature that intuitively creates proportionate space between the characters and words.

While the users can also track/kern every word and every ligature and reposition it, the Kasheeda (Justification) panel allows users to choose between long Kasheeda and short Kasheeda for the alignment of the text, which is achieved by lengthening or shortening words in the case of Perso-Arabic script. The panel not only justifies the text but also enhances its elegant appearance. In addition, the test carving feature with twenty calligraphic styles to choose from beautifies each character and word.

Besides the embellishment features, Manzar Typesetting Tool has a few other top features as well, making it quite versatile. One important feature is the in-built dynamic Spell-checker with more than 2.5 lakh Urdu words in store.And better still, the transliteration feature can transliterate from Urdu to Hindi and vice-versa, as well as from Urdu Roman to Urdu and vice-versa in a flash.

Nevertheless, Syed Manzar says, “The salient feature that makes the Manzar stand among other tools out is its capability in composition and layout of the Quran.” And what he says is right.

Manzar Perso-Arabic Typesetting Tool is unmatched for its high extent of calligraphic nuances. The entire Indo-Pak Quranic text is integrated into the plugin, allowing users options to select complete Quranic text or single or several Aayats from the Quran Glossary panel.

When composing the Quranic text, recitation symbols like the Aayat circle, Ruku, and other recitation symbols play a significant role. To that end, Manzar is well-equipped with these essential symbols in the Symbol Panel, while it also provides an extensive collection of beautiful borders and Arab-oriented Cliparts.

“In the lack of advanced technology, Quran composition was challenging, considering one had to involve an expert calligrapher, which added to the cost. But not anymore. Manzar Typesetting Tool effectively and cheaply solves this problem as a one-stop solution,” says Syed Manzar.

Besides toiling away in developing Urdu fonts, Syed Manzar also works in the language field. Through his efforts, Nawayati, a small community language in Bhatkal, which was in the throes of death, has now been revived. He developed their script from the ground up and digitalised all the fonts.

“Today, the community has been able to publish their books, newspapers, and magazines both offline and online,” says Syed Manzar with a palpable pride in his voice. He also says a few other languages are on his radar to protect them from extinction.

Outlook on the Future of Urdu

Syed Manzar also has an intellectual perspective on the future of the Urdu. He doesn’t agree to the gloomy forecast that critics often predict Urdu might die in the longer run. According to him. Urdu despite the apathy of government is here to stay and will continue to thrive.

He says, “As long as there are madrasas and books are being printed, Urdu will be alive. We also must not forget beyond the Indian frontier Urdu is the official language and lingua franca of Pakistan. So, it will not disappear, at least in that country.”

Syed Manzar also hints at recent positive developments in favour of Urdu. Social media’s emergence has increased Urdu’s attraction among other communities. The new practice of writing Urdu, particularly Shayaris in Devanagari and Roman script, also assures the longevity of this mellifluous language.

For a man so diligently involved in the service of Urdu, it was only a matter of time before his efforts were noticed to bring him laurels. And deservedly, Syed Manzar has received many awards over the years as a testament to his yeoman’s service for digitally popularising Urdu.

For his eminent work in digital Quranic calligraphy, he has also received NABA Award from NABA Quran Academy, Mumbai. Pashban-e-fun, an organisation of artists, calligraphers, and painters in Mumbai, and Bhindibazar.com, a literary forum, have also felicitated Syed Manzar for his efforts to promote Urdu by developing versatile Urdu fonts and user-friendly calligraphic technology.

Syed Manzar has put his MCA background to optimum use by doing what he loves the most: churning out fonts and tools to increase the footprint of Urdu in the digital world.

The innovations he has brought in with his versions of Nastaliq fonts have allowed much-needed leeway for users from printing and publication backgrounds to adapt to the newer styles and techniques in Urdu calligraphy and designing.

At the same time, The Mazar Typesetting Tool he has created is a perfect plugin for typesetters to have everything in one place, helping them cut back on time and expenses while providing an output with high finesse and precision.

It is no exaggeration to say that Syed Manzar has transformed the Urdu typography landscape in a big way. It will only keep getting better with his prolific creativity and technological prowess in the future.