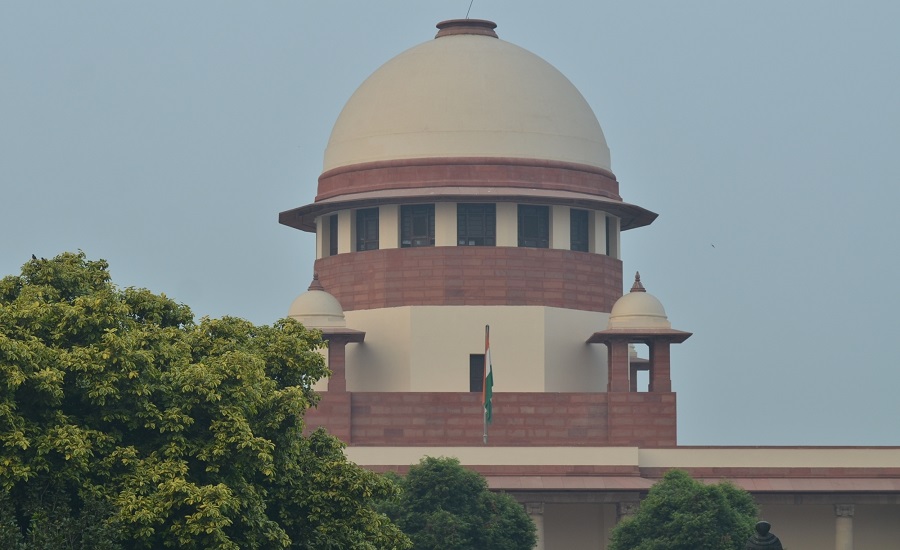 NEW DELHI – Reacting to the Supreme Court’s order with regard to the sedition law, several senior political leaders belonging to different parties expressed their opinion.

Union Law Minister Kiren Rijiju said he “respected the court and its independence,” but there is a “Lakshman Rekha”, or a line not meant to be crossed.

“We’ve made our positions very clear & also informed the court about intention of our PM. We respect the court & its independence. But there’s a ‘Lakshman Rekha’ (line) that must be respected by all organs of the state in letter & spirit,” Rijiju was quoted by ANI as saying.

The Congress welcomed the Supreme Court decision noting a clear cut message has gone to subjugators of dissent that “you can no longer suppress the voice of truth” and those critical of the government must be heard.

“Suppressors and subjugators sitting in citadels of power be forewarned,” the Congress leader tweeted soon after the Supreme Court pronounced its verdict. “Speaking truth to power can’t be sedition and status quo will change,” he said in a tweet shared via his official handle.

The Trinamool Congress (TMC) on Wednesday hailed the Supreme Court’s decision, contending that the “draconian law” should be scrapped.

“SC once again played a historic role. It has held that all pending cases, appeals and proceedings with respect to charges of sedition framed under 124A of IPC be kept in abeyance and not to use this provision till further reexamination is over. Kudos,” TMC national spokesperson Sukhendu Sekhar Ray tweeted.

Later while talking to reporters, Ray said the draconian “British-era law should be scrapped”.

Trinamool Congress MP Mahua Moitra termed it a victory. She further mentioned that it was a great day for democracy. “The Sediton law stands stayed. Kudos to the Supreme Court,” she noted.

Former Law Minister Ashwani Kumar also welcomed the “historic order” and urged the Centre and states to refrain from registering any FIRs under it, news agency ANI reported.

Soon after the verdict came out, AIMIM chief and Hyderabad MP Asaduddin Owaisi shared an article on Twitter he had written for a news magazine last year titled “Section 124A is not necessary to prevent insurrection.”

Senior lawyer Prashant Bhushan said: “Salute to the SC for this fine interim order preventing the rampant misuse of the sedition law.”

Sitaram Yechury says the law should be scrapped

Welcoming the SC order, CPI(M) General Secretary Sitaram Yechury expressed hope that the apex court would completely strike down the argument. Speaking to the media earlier in the day, Yechury said that the CPM has always been against booking citizens under this law.

Former Jammu and Kashmir Chief Minister and PDP chief Mehbooba Mufti said: “If our country continues to slap sedition charges on students, activists and journalists, our situation will become worse than Sri Lanka. I hope that the BJP learns a lesson from the neighbouring country and stop communal tensions and majoritarianism.”

In a statement, the CPI also welcomed the the Supreme Court verdict and reiterated its demand to scrap the law. It said that the party’s consistent position on this stood vindicated.

“The party notes that the apex court has even ruled that no new FIR will be lodged under this sedition law until the Centre re-examines the provisions of this British-era law, which has been challenged in the Supreme Court. CPI general secretary D Raja in 2011 itself had moved a private member’s Bill in Rajya Sabha demanding scrapping of section 124A of IPC, the sedition law clause, which is an anti-democratic dictatorial law which after over a decade, the highest court of the country has stayed for further decisions. The directive of the Supreme Court on sedition law is vindication of the consistent position of the CPI,” the statement reads.