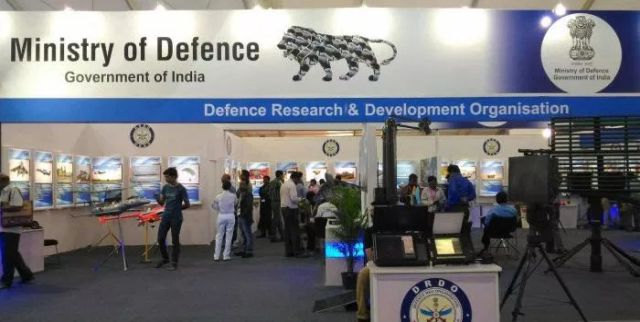 Bengaluru : Defence Minister Nirmala Sitharaman on Saturday called upon startups to develop technologies and weapons for the Indian armed forces.

“We (Ministry of Defence) want you to provide Indian solutions to problems faced by the armed forces. By indigenisation, India doesn’t need to import many of the products that we do,” Sitharaman told startups in this tech hub.

“India wants its sectors disrupted through technological advancements,” she said at the launch of “Defence India Startup Challenge”, a national contest for startups to develop arms and technologies for the defence sector.

“Indigenisation has been a priority for India, however, we did not indigenise sufficiently enough,” the Minister added, addressing a gathering of 200 startups, incubators and defence officials at the Hindustan Aeronautics Limited (HAL) Convention Centre in the city centre.

Through the contest, startups, small and medium-sized enterprises (SMEs) and individual researchers and academic institutions can take part in 11 different categories of creating technologies and products that can be used by the armed forces.

The 11 categories in which the startups and researchers can develop products or solutions include building see-through armour for the army, development of 4G-based tactical Local Area Network for the Navy, and laser weaponry and unmanned surface and underwater vehicles development for the Air Force, among others.

Select few startups will also receive a funding of up to Rs 1.5 crore through the Ministry for developing their ideas, and given access to test their products.

As part of the event, a Bengaluru-based firm Tonbo Imaging has been given an order to make night fire control system for Russian-made grenade launcher AGS-30.

“The Ministry will ensure the startups working on their ideas get the orders,” Sitharaman said.

Noting that unmanned drones with missiles are the envy of many countries, the Minister added it is not beyond India’s capacity to develop them.

The Defence Ministry, on the occasion, also tied up with five business incubators to promote and support the startups, including Centre for Innovation Incubation and Entrepreneurship with Indian Institute of Management (IIM), Ahmedabad; Society for Innovation and Entrepreneurship with the Indian Institute of Technology (IIT) Bombay; T-hub startup incubator in Hyderabad; ‘Forge’ incubator in Coimbatore; and IIT Madras.

“The contest is in line with the Innovations for Defence Excellence (IDEX) scheme announced by Prime Minister Narendra Modi earlier in April during Defence Expo in Chennai, to promote innovation and entrepreneurship in defence sector,” an official statement said.

The competition will also give a fillip to the country’s innovation potential and create networks for collaboration between defence sector and startups, it added.

Over 200 startups, 50 SMEs and 12 business incubators took part in the defence-business gathering.