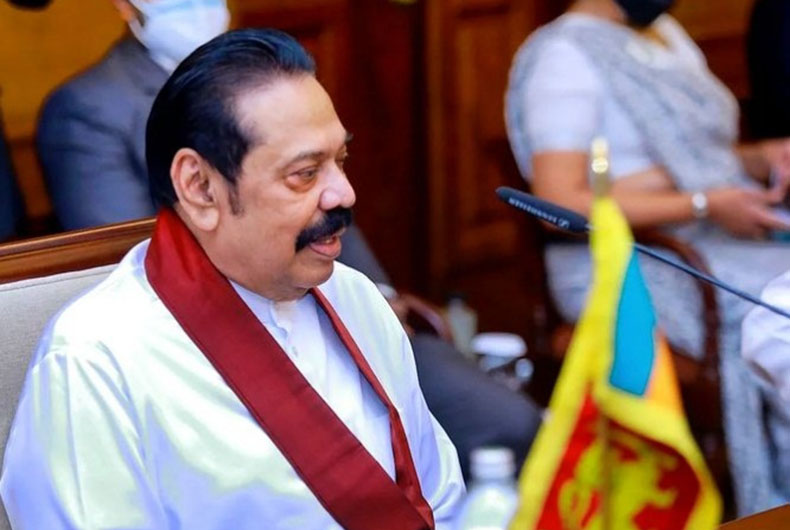 Reports have also revealed that Rajapaksa’s second son, Yositha, who was also the former Prime Minister’s Secretary, and his family had left the country

Colombo: In the wake of the widespread violence in Sri Lanka that left five people dead, former Prime Minister Mahinda Rajapaksa and his family on Tuesday took refuge at a naval base in Trincomalee after leaving Colombo under heavy security.

Rajapaksa, his wife Shiranthi, and their youngest son Rohitha and his family, left the Prime Minister’s official residence, Temple Trees, early Tuesday morning on board an Air Force helicopter and have now taken refuge at the heavily guarded naval base, an informed military source said.

Reports have also revealed that Rajapaksa’s second son, Yositha, who was also the former Prime Minister’s Secretary, and his family had left the country on Monday.

Following Rajapaksa’s resignation on Monday and the ensuing violence started by the pro-government protesters, the anti-government denonstrators surrounded Temple Trees and tried to forcibly enter the premises.

Military were rushed to his protection and the police fired tear gas and water cannons to disperse the violent mob.

In retaliation, the protesters torched vehicles parked outside the residence house and the military resorted to shooting in the air.

At least five people, including an MP, were killed and over 200 others injured as a result of the violence.

The island nation, hit by the most severe economic crisis since gaining independence in 1948, is currently without a government and Speaker Mahinda Yapa Abeywardena has urged President Gotabaya Rajapaksa to summon Parliament immediately.

With a severe financial crisis due to dollar crunch and inflation, protests that started on March 31 have been continuing throughout the country demanding the Rajapaksas to resign.

In the wake of the protests, the cabinet resigned but Mahinda Rajapakse formed a new cabinet under his leadership.

With lack of fuel and gas and hours-long power cuts, people took to the streets and demanded that the immediate resignation of the government.

Meanwhile, President Gotabaya Rajapaksa has has urged the opposition to form an all-party government, but the latter has refused to do so until he steps down.

nextChaos in Crypto market as Bitcoin crashes below $30,000-mark