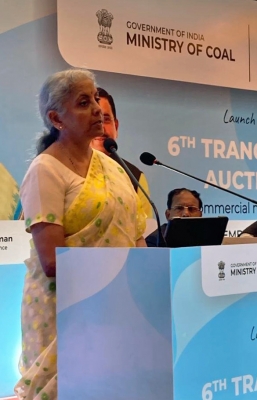 She made this request to AIIB President Jin Liqun, who met her earlier in the day.

Sitharaman met Liqun in her capacity as the Governor of the second largest shareholder of the bank. Both discussed the ongoing and proposed issues of relevance to the AIIB and India, official sources said.

As India is the largest client of the AIIB, the Finance Minister reiterated during the meeting that it should think of setting up a regional presence in India to facilitate dialogue and outreach to project authorities, sources added.

While appreciating the AIIB’s growing portfolio in India, Sitharaman suggested that it should shore up investments in key areas like renewable energy and climate technologies.

Earlier on October 26, the Finance Minister had attended the 7th annual meeting of the Board of Governors of the AIIB, where it was decided that the bank will ramp up investments in priority areas for India like clean energy and infrastructure sector with a special focus on education and health.