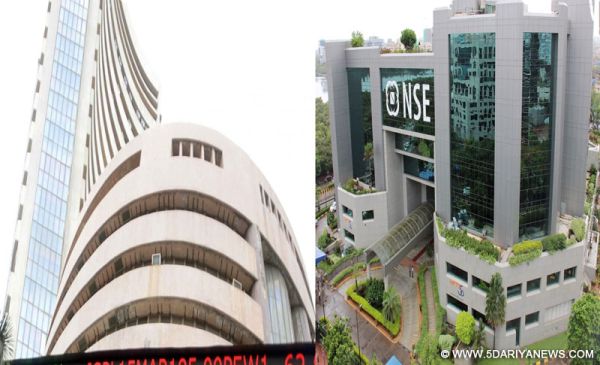 Mumbai : A strengthening rupee and easing US-China trade tension boosted investor sentiments on Monday leading to a healthy rise in the key equity indices, with the BSE Sensex advancing over 340 points and the Nifty closing higher at 10,880.

Global markets reacted positively after US President Donald Trump on Sunday said that he would be delaying the increase in tariffs scheduled for March 1.

“Assuming both sides make additional progress, we will be planning a summit for President Xi (Jinping) and myself,” Trump said in a tweet.

Among the sectors, Deepak Jasani of HDFC Securities said, the Banks, IT and sugar stocks were in favour, while Realty index fell despite the GST relief granted over the weekend.

Nifty closed at its highest in 10 sessions as global cues remained favourable and gains in Chinese markets denoted a bull market after rising more than 20 per cent from the lows of January 2019, Jasani added.

“However, the stability of premium valuation will be tested based on the outcome of Q3FY19 GDP… The consensus is showing moderation in growth to 6.7 per cent,” he said.

The top Sensex performers were Yes Bank and TCS, gaining over 3 per cent, followed by Infosys, IndusInd Bank and HCL Tech, among others.

Among the laggards were Coal India, Asian Paints, State Bank of India (SBI), ONGC and Larsen and Toubro (L&T).

previousIL&FS accounts not to be declared NPAs, rules NCLAT