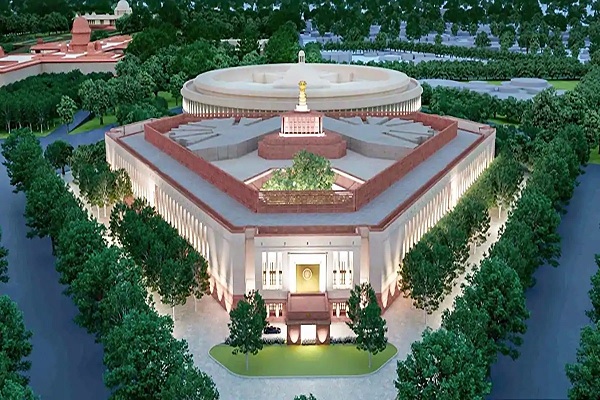 NEW DELHI – The Supreme Court on Monday expressed strong dissatisfaction with the Centre for reportedly initiating construction process with announcement of ground breaking ceremony for the new parliament building in the Central Vista project, even as the issues connected with the redevelopment plan was under consideration by the top court.

A bench headed by Justice A.M. Khanwilkar said that the court expected that it is dealing with a prudent litigant and that some deference will be shown. “We don’t mind if you do paperwork, or lay foundation stone but no construction should be done,” said the bench.

There was announcement by Lok Sabha Speaker Om Birla of the government’s plans for Bhoomipujan for the new parliament building on Thursday.

In a sharp observation, the bench added that it never thought the Centre will go ahead so aggressively with the construction.

The top court asked Solicitor General Tushar Mehta representing the Centre to take clear instructions to ensure that there is no construction till the matter is decided by the court.

The top court told Mehta that it has listed this matter because of certain developments, which it has come across in the public domain. The bench added that the fact that there is no stay does not mean the Centre can go ahead with everything.

Mehta submitted before the top court that there won’t be any construction, demolition or shifting of trees in the Central Vista till the top court delivers its judgment.

On November 5, the top court had reserved the verdict on the petitions challenging the project and alleging that there is an illegal change in land use and has urged the court to quash the project. The petitioners have challenged a notification issued by the Delhi Development Authority (DDA) on December 21, 2019 regarding changes in land use for the redevelopment.