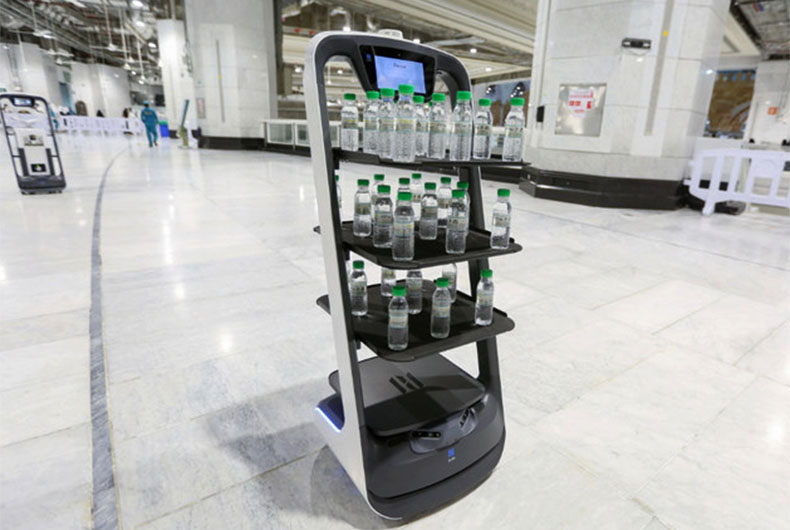 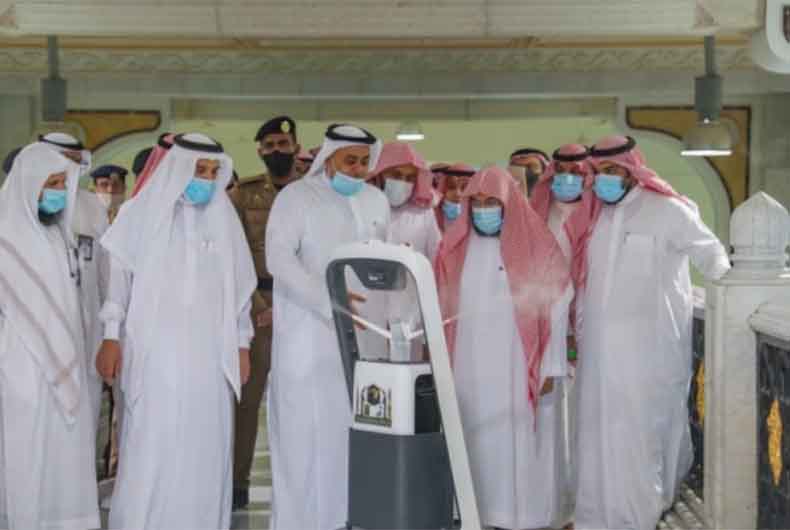 The story of Zamzam water starts with Prophet Ibrahim, his wife Hajer and their son Ismael

Makkah al-Mukarramah: ZamZam water is served in the Two Holy Mosques – in Makkah and The Prophet’s Mosque in Madinah, since decades in especially designed coolers and jars beautifully arranged alongside steel racks designed to safely keep Holy Quran.

This will however soon become a history with the deployment of ‘robots’ developed in order to take Covid protocols to new level.

Giving details of the soon to be deployed robots, Badr Al-Luqmani, Deputy Head of the Zamzam Watering Department for Services and Field Affairs, said that the technology used would allow them to distribute Zamzam water bottles without human intervention, in order to respect precautionary measures against COVID-19 whilst utilizing Artificial Intelligence (AI) in the service of God.

Al-Luqmani said the robot will be able to distribute 30 bottles per round, with each round lasting for 10 minutes.

He also said that the robot operates for eight hours at a time and takes 20 seconds to load the Zamzam water bottles.

He added that the Smart Robot would not collide with or obstruct people, and had received many certificates of approval including the European CS certificate.

“Work is also underway to operate the robot on a wide scale inside the Grand Mosque to also handle bags and portable cylinders,” he said.

The story of Zamzam water starts with Prophet Ibrahim, his wife Hajer and their son Ismael. The well is thousands of years old and it still pumps enough water to quench the thirst of an entire city.

Located 20 meters away from the Holy Kaaba, the Zamzam Well pumps 11 to 19 liters of water a second and enough water to quench the thirst of an entire city, according to a 2016 estimate.

In 2021, the General Presidency for the Affairs of the Two Holy Mosques distributed more than 200,000 Zamzam water bottles to Umrah performers and worshippers on the 27th night of Ramadan at the Grand Mosque.

More than 2.5 million pilgrims who used to visit the Two Holy Mosques for Hajj before The Pandemic would regularly drink ZamZam water during their 40 day-stay and also take ZamZam jars on departure.