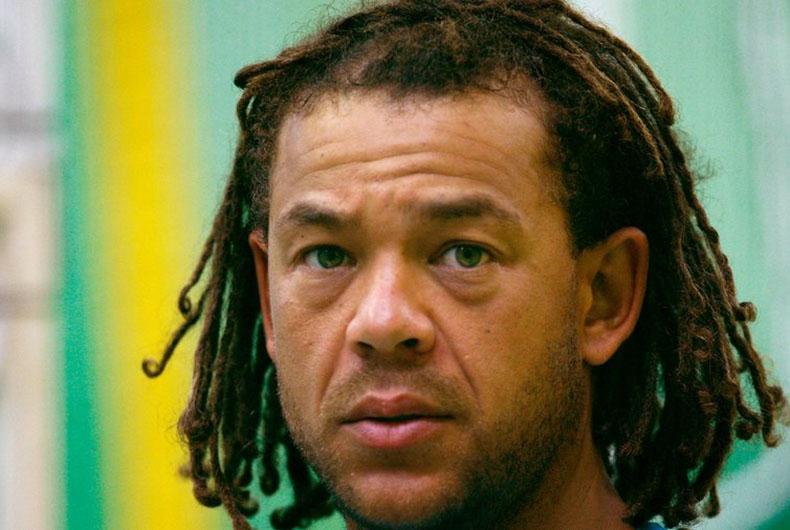 Symonds averaged 40.61 with the bat from 26 Tests for his country, but was perhaps best known for his exploits in white-ball cricket

Sydney: Andrew Symonds, the two-time World Cup winner and one of the most recognisable faces in international cricket, was killed in what police said was a single-car crash on Saturday night outside Townsville, on the north-eastern coast of Queensland, Australia.

Police confirmed that the 46-year-old died at the scene of the mishap.

“Early information indicates, shortly after 11 p.m. (Australian time) the car was being driven on Hervey Range Road, near Alice River Bridge when it left the roadway and rolled,” the police statement said.

“Emergency services attempted to revive the 46-year-old driver and sole occupant. However, he died of his injuries. The Forensic Crash Unit is investigating.”

Symonds averaged 40.61 with the bat from 26 Tests for his country, but was perhaps best known for his exploits in white-ball cricket.

He featured in 198 ODIs — scoring six centuries and 30 half-centuries — while also contributing 133 wickets with his handy off-spin and gentle medium pace.

It was at the 2003 World Cup where Symonds burst on to the stage with perhaps his greatest innings, as he smashed Pakistan with an unbeaten 143 in Johannesburg early in the event and helped Australia remain unbeaten and defeat India in a one-sided final.

The stocky right-hander was also part of the victorious World Cup side at the 2007 World Cup in the West Indies as Australia claimed their fourth 50-over World Cup title.

His death is the second famous Australia cricketer to tragically pass away in 2022, after champion leg-spinner Shane Warne died from a heart-attack in Thailand in March.

Cricket Australia chair, Lachlan Henderson, was quoted as saying by cricket.com.au that, “Australian cricket has lost another of its very best. Andrew was a generational talent who was instrumental in Australia’s success at World Cups and as part of Queensland’s rich cricket history. He was a cult figure to many who was treasured by his fans and friends.

“On behalf of Australian cricket our deepest sympathies are with Andrew’s family, team-mates, and friends.”

He scored a superb unbeaten 162 against India in the 2008 Sydney Test, which helped the hosts to a 122-run victory. However, the match ended in controversy over the ‘Monkeygate scandal’.

The all-rounder accused India spinner Harbhajan Singh of calling him a “monkey”, which triggering a verbal confrontation between the two teams and India threatened to cancel the tour after Harbhajan was initially suspended for three matches.

But, it was white-ball cricket that was Symond’s forte. Affectionately called ‘Roy’, the hard-hitter played 198 ODIs, scoring 5,088 runs and taking 133 wickets.

Symonds was born in Birmingham but shifted base to Australia with his adoptive parents, according to cricket.com.au. He became an integral part of Australia’s Word Cup-winning campaigns in 2003 and 2007, with both bat and ball.

His 143 against the Wasim Akram-led Pakistan in Australia’s opening match of the 2003 edition in Johannesburg was where Symonds announced his arrival on the international scene.

The right-handed batter’s match-winning knock came off just 125 deliveries and was embellished with 18 fours and two maximums.

In the last-four clash against Sri Lanka, Symonds came at a time when Australia were struggling on 3/53. The champion all-rounder went on to score an unbeaten 91 to help the defending champions finally manage 212/7, which turned out to be the winning total in a rain-affected match.

During the 2007 World Cup, Australia cruised through the pool games, easily defeating Sri Lanka in the decider in Barbados. He finished his twin World Cup campaigns averaging 103, and a strike rate of 93.29.

“I think it’s the fear factor he puts into the opposition because he can clear the boundary on a regular basis,” former Australian captain Ian Chappell had said of Symonds.

“He is going to create some run outs for you. He’ll take a blinding catch and he has been very, very tidy with the ball now for a long time,” Chappell had said.

“On behalf of Queensland Cricket, we express our deepest sympathies to his family and will do whatever we can to assist them,” he said to the website. “It is a shattering loss to those nearest to him, and his wide circle of friends which extend to all corners of the cricketing world.

“His untimely passing will also resonate deeply with the many fans who thrilled to his efforts with bat, ball and in the field. He stood out for his skill, courage and determination, and the fans who saw him at his best will never forget his impact on a game.

“We are all hurting and will miss him greatly. His former teammates will remember his loyalty to the playing group and recall the fun times with great fondness, and sorrow that he is gone.

“He loved Queensland and its outdoor lifestyle and valued and respected the opportunities he had as a youngster growing up in North Queensland that enabled him to go onto represent his state and country.”

In recent years, Symonds did commentary in the Big Bash League.

previousAfter UP, BJP Sees in Bulldozers A Ticket to Election Victories