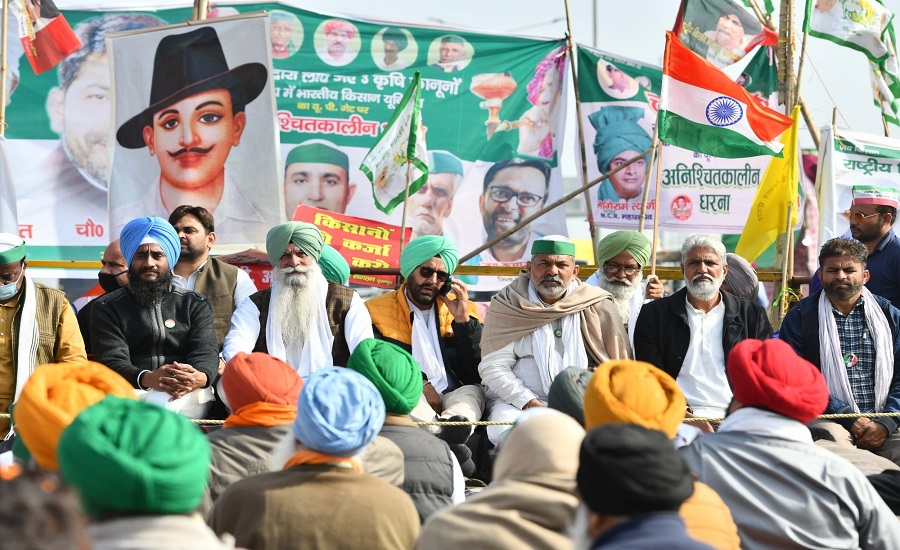 NEW DELHI – Opposition leaders as well as chief ministers of opposition-ruled states were quick to welcome Prime Minister Narendra Modi’s decision to repeal the controversial farm laws. They all termed it as victory for the struggle of agitating farmers. However, they also linked it with the forthcoming state Assembly elections specially in Uttar Pradesh and Punjab.

While Congress Party termed PM’s announcement as “a decision taken in view of the forthcoming elections”, its former president Rahul Gandhi called it a ‘win against injustice and arrogant government’. In a tweet, he said: “Congratulations it’s win against the injustice, the farmers of the nation have compelled the arrogant govt to bend down through satyagraha.”

His party’s colleague and former Union Minister P. Chidambaram said, “PM’s announcement on the withdrawal of the three farm laws is not inspired by a change of policy or a change of heart. It is impelled by fear of elections!”

“What cannot be achieved by democratic protests can be achieved by the fear of impending elections! Anyway, it is a great victory for the farmers and for the Congress party which was unwavering in its opposition to the farm laws,” he added

The three farm laws that were passed last year have been a cause of widespread agitation with a consortium of farmers staging protests, especially in northwest India and at Delhi’s doorsteps and earlier within the national capital too.

West Bengal Chief Minister Mamata Banerjee congratulated the farmers on their huge victory. Taking to Twitter, she said: “My heartfelt congratulations to every single farmer who fought relentlessly and were not fazed by the cruelty with which @BJP4India treated you. This is your victory… My deepest condolences to everyone who lost their loved ones in this fight.”

Odisha Chief Minister Naveen Patnaik said his Biju Janata Dal party will continue to stand with the farmers. “Welcome Hon’ble PM @narendramodi ji’s decision to repeal all 3 #FarmLaws, in the best interests of the country and its farmers. Your farms and families have been waiting for long and they will be happy to welcome you back. @bjd_odisha continues to stand with the farmers,” Patnaik said in a tweet.

The three laws that had become bone of contention are – The Farmers’ Produce Trade and Commerce (Promotion and Facilitation) Act, The Essential Commodities (Amendment) Act and The Farmers (Empowerment and Protection) Agreement on Price Assurance and Farm Services Act.

Though the BJD supported many Bills, including the controversial Citizenship Amendment Bill, it had opposed certain provisions of the farm laws.

“It is a historic day and will be remembered as August 15 and January 26. Today, the Central government had to succumb to the farmer’s constant struggle and repeal the three black farm laws. It is not just our farmer’s victory, but also democracy’s as farmers have made it very clear to every political party and leader in the country that in a democracy it is the people that are supposed to be heard,” Kejriwal said in a virtual media brief.

Hailing the almost a year-long protest that began nearly two months after the introduction of farm laws in Parliament in September 2020, the AAP leader said, “This struggle had brought every Indian, irrespective of their differences, together. Youth, women, labourers, traders from states like Punjab, Uttar Pradesh, Bengal and Kerala stood united against the laws. This might have been the biggest and longest peaceful struggle in the world.

“People continued to strive in sultry heat, chilling winters and heavy downpour. The government and its agencies tried their best to break them by labeling them as Khalistani, anti-national and terrorist, but failed. Despite all of this our farmers kept their fight on and won it.”

“However, more than 700 of our farmers lost their lives during the protest. Their lives could have been saved if only the laws were taken back earlier,” he added.

Kerala Chief Minister Pinarayi Vijayan and Congress leader V.D. Satheesan gave full credit to the protesting farmers. Vijayan wrote on his Facebook post; “It was just because of the historic protests of the determined farmers which led to Modi repealing the three controversial farm laws.

“Despite facing numerous hardships and being engaged in a very long protest, the Indian farmers never wilted under pressure and held on and we give full credit for them,” said Vijayan.

Satheesan said the farmers protest will go down as the biggest protest seen in Independent India. “It remains to be seen if this has been done for real love and concern to the farmers, or is it after finding that the Modi government is losing ground and with two key states going to the polls shortly, it was decided to withdraw the laws. The Congress party has been the backbone for the support of the farmers and all through it has been raising this issue in the parliament,” said Satheesan.

Tamil Nadu’s ruling DMK and opposition PMK too welcomed the announcement. Chief Minister M.K. Stalin said it is a victory for the farmer’s non-violent protest. He said the victory of the non-violent protest in securing back the rights proves that India is Mahatma Gandhi’s nation.

Stalin also added that DMK can be proud of protesting along with the farmers and passing a resolution in the state Assembly urging the Central government to withdraw the farm laws.

PMK Founder S. Ramadoss, said that despite 150 farmers losing their lives during their more than one year protest, the withdrawal of the laws is their victory.

CPI(M) leader Sujan Chakraborty said: “I am happy, very happy because the decision to repeal the three farm laws shows that there is no alternative to the people’s movement. It shows that in democracy people speak the last word. We are happy because we were also part of this movement.

Telugu Desam Party’s (TDP) national president and former Andhra Pradesh Chief Minister N. Chandrababu Naidu said that the Prime Minister made a correct decision in response to the continued protests staged by the agitating farmers against the laws. In a statement, Naidu said in a similar move, the Andhra Pradesh government should also withdraw the decision of three state capitals in the best interests of the farmers.