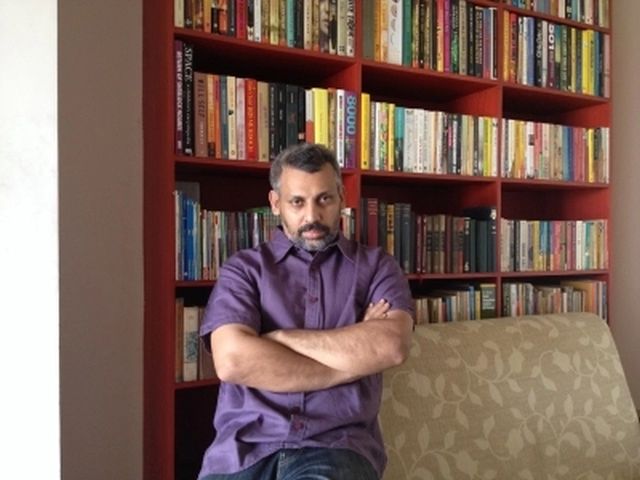 New Delhi : Still recovering from the surprise of being named as the winner of the prestigious Sahitya Akademi Award (English) for his novel “The Blind Lady’s Descendants” — a long suicide note of a 26-year-old — author Anees Salim has said that the initial rejections he faced from mainstream publishers were shattering; but they also went a long way in strengthening and streamlining his writing.

The Kerala-born author, whose latest novel “The Small-Town Sea” garnered critical acclaim after its release in 2017, said he wished he was born a couple of decades later and started writing when it became considerably easier for an aspiring writer to be in touch with the publishing world. He contended that his literary journey has been a tough one.

“For instance, when I started writing, there was no such thing as a literary agent. There was no Internet and there were no avenues of opportunities for a writer to try his luck out, except for a few magazines. You had to wait for months on end to get even a rejection letter, with limited facilities to reach out to publishers and remind them of your submission,” Salim recalled in an interview with IANS.

He maintained that the scene has changed drastically now and pointed to the “sheer number of books getting published”.

“In fact, every time I visit a bookstore I am surprised and disappointed at once. Surprised by the number of books on the racks, and disappointed by the visibility enjoyed by pulp fiction. When I started writing, I used to frequent bookstores and spend long hours reading the opening passages of as many books as possible. I believed every bookstore had room for inspiration. And I used to consider people employed in bookstores as the luckiest ones, for they could feel, smell and read books all day,” he said.

But somewhere down the line, bookstores started to choke him.

“Too many books, too many frills. I wish the bookstores could give you a little more space,” opined Salim, whose “Vanity Bagh” had won The Hindu Prize for Best Fiction in 2013.

On December 5, India’s national academy of letters announced its annual Sahitya Akademi Awards in 24 languages, which were recommended by distinguished jury members representing each languages and were then approved by the Executive Board of the Sahitya Akademi under the Chairmanship of Akademi President Chandrashekhar Kambar. Salim’s name in the list was hailed as a recognition long overdue by literati on social media.

“Rejections did shatter me. But they also strengthened me and streamlined my writing process. The more I was rejected, the harder I worked. I decided to keep writing irrespective of what publishers thought of my work. And by the time I got my first book deal (‘The Vicks Mango Tree’, 2012) I had finished a handful of manuscripts, out of which I showed three to my agent, the rest I found too simplistic to be shown around,” the Kochi-based author said.

Despite his tedious journey to getting published, Salim maintained that India has some wonderful publishing houses who stay focused on quality.

“Publishers indeed have to cater to every kind of reader and every genre of writing has to prosper. But one thing I am totally against is the idea of self-publishing. I am afraid vanity publishing is the biggest enemy of reading and writing. Getting published should have nothing to do with your bank balance,” he contended, in view of the rising number of self-publishing houses that have mushroomed across the country in recent years.

Salim said that every recognition changes the pace of his writing and every award makes him extremely cautious and somewhat slow. He recalled that he won his first award in 2014 and since then he must have discarded more than a dozen novels after the initial chapters, fearing that they will be frowned upon by his publishers who seem to have immense faith in him.

“I have already started writing my new book. It is too early say what it will develop into. But I have a historical backdrop in mind and I hope to finish it by the end of next year.”

The Sahitya Akademi award, in the form of a casket containing an engraved copper-plaque, a shawl and a cheque of Rs 1 lakh, will be presented to Salim at a special function in January next year at Kamani Auditorium here.

(Saket Suman can be contacted at saket.s@ians.in)