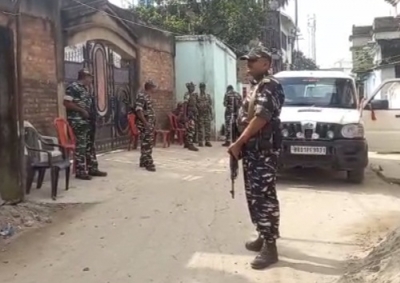 Sources in the National Investigation Agency (NIA) have said that the raids at the premises of the Popular Front of India (PFI) conducted earlier this week was named as ‘Operation Octopus’.

New Delhi, Sep 24,2022:  Sources in the National Investigation Agency (NIA) have said that the raids at the premises of the Popular Front of India (PFI) conducted earlier this week was named as ‘Operation Octopus’.

The sources said that all the 300 officials who were pressed into service were asked to keep quiet during the raids as the agencies wanted to uproot the entire network of the PFI.

More than 100 PFI members were arrested and around 200 were detained under ‘Operation Octopus’.

The ED and NIA has found that the PFI members were involved in anti-national activities.

These raids were conducted at the houses and offices of top PFI leaders and members in connection with five cases registered by the NIA following continued inputs and evidence that the organisation members were involved in terror funding, organising training camps and radicalising people.

The NIA has claimed that the accused were organising camps for imparting training to commit violent and terrorist acts with the objective of promoting enmity between different groups on the basis of religion.

The probe agency said that crminal violent acts carried out by PFI such as chopping off the hand of a college professor, cold blooded killings of persons associated with organisations espousing the other faiths, collection of explosives to target prominent people and places, support to the Islamic State terror group and destruction of public property have had a demonstrative effect of striking terror in the minds of the citizens.