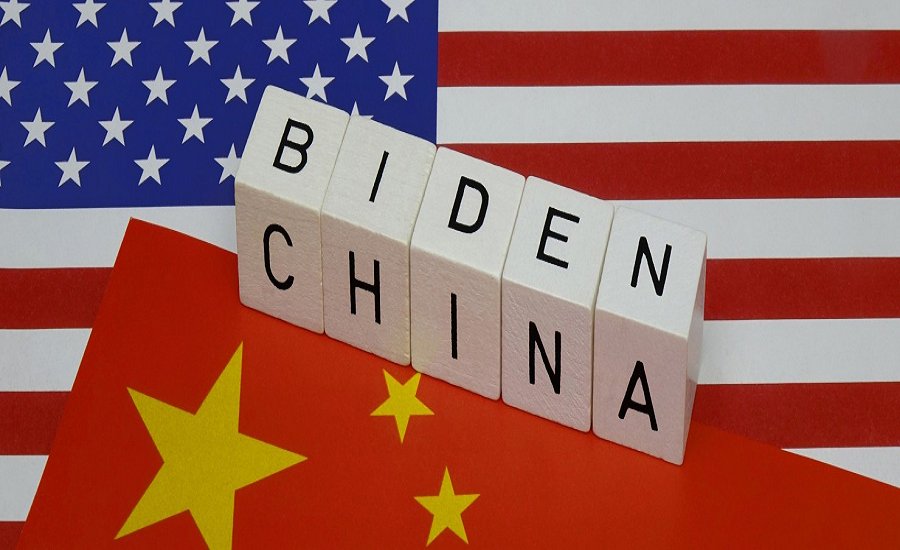 BEIJING – US President Joe Biden has been basking in the glow of his $1.2 trillion bipartisan infrastructure bill, which he signed into law on November 15. But Biden’s virtual summit with Chinese President Xi Jinping on the same day underlined the need for both leaders to invest some of their political capital in rebuilding the infrastructure which supports their countries’ increasingly brittle bilateral relationship.

During their meeting, both presidents expressed a desire to avoid a new cold war. But no amount of summitry will steer US-China relations back on track without some fundamental agreement between the two countries.

Fortunately, unlike former President Donald Trump’s administration, Biden does appear to want to restore normality to the relationship. As US National Security Adviser Jake Sullivan said after the meeting, “intense competition” between the two countries “requires intense diplomacy.”

Likewise, China is exploring new approaches vis-à-vis the United States. True, top Chinese diplomats are far more assertive nowadays toward their US counterparts than they had been in the past, and China’s military buildup continues apace. But as the summit began, Xi smiled when greeting Biden, calling him an “old friend.” Given the unyielding tone of previous US meetings with senior Chinese leaders during Biden’s presidency, this was a clear indication that Xi wants to change the tenor of the relationship.

Bonhomie aside, China and the US have actually made progress of late, particularly with a joint declaration to work together in the coming decisive decade to avert catastrophic climate change. The move is a possible early sign of a compartmentalized approach that would be conducive to both countries’ long-term interests.

But many Chinese analysts fear that America’s deep political divisions could threaten the sustainability of US-China cooperation on climate change and other issues. A USA Today-Suffolk University poll conducted shortly before the passage of the infrastructure bill found that Biden’s approval rating had sunk to a new low of 38%. China is wary of the prospect of Republican victories in the 2022 US midterm elections and the 2024 presidential election, because Trump’s continued grip on the party risks a repeat of the diplomatic ructions that marked his presidency.

At the same time, China thinks that now is an opportune moment to secure its political and economic position in the world. In autumn 2022, the Communist Party of China will hold its 20th National Party Congress. Now unchallenged within the CPC, and with “Xi Jinping Thought” woven tightly into Chinese public life, Xi’s long-term goals – China’s full “socialist modernization” by 2035, and a “great modern socialist country that is prosperous, strong, democratic, culturally advanced, and harmonious” by 2049 – have become fixed in stone. Xi is determined to prevent rocky relations with the US from interfering with these objectives.

In many ways, therefore, US-China relations in the coming years may be hostage to both countries’ domestic politics. The looming midterm elections mean that the Biden administration is likely to take further tough measures against China, which will respond in ways that do not project weakness. Sustaining productive dialogue between Xi and Biden will thus be a constant challenge.

During the recent summit, Biden said that the US and China must establish “common-sense guardrails” to prevent competition from veering into conflict. China did not respond positively, because many Chinese officials suspect that the concept is a trap that would embolden the US to act more provocatively. But Chinese unwillingness to accept such safety barriers in the relationship will likely sow even more distrust in Washington.

Instead of rejecting the guardrail concept outright, China should see it as an opportunity to establish some mechanisms or rules to prevent Sino-American collisions. Moreover, the window of opportunity for such an understanding may be closing. If China and the US cannot conduct serious negotiations on the concept in the next couple of years, one can be certain that a hostile Republican administration that could take office after the 2024 election would not erect any.

Here, China can draw some lessons from its previous experience with President Barack Obama’s administration, when it declined to embrace the idea of a US-China “G2.” With his greater political authority, Xi could take bolder steps toward building reciprocal respect between the world’s two leading powers. For example, recognizing that strategic stability is essential, one topic that both sides have an interest in addressing is nuclear weapons.

But the stability of US-China relations now hinges on Taiwan. The Biden administration apparently now believes that China’s policy toward the island has fundamentally changed. Shortly before the Xi-Biden virtual summit, Secretary of State Antony Blinken said that the US and its allies would be prepared to “take action” if China uses force against Taiwan. In Congress, there is a bipartisan willingness to abandon the old policy of “strategic ambiguity” on the question of whether the US would defend Taiwan in favor of a straightforward security guarantee.

During his discussion with Biden, Xi warned that supporting Taiwanese independence would be “playing with fire,” adding that China would take “resolute measures” if Taiwan appeared to be preparing for a declaration of independence. But Xi also sent a reassuring signal, emphasizing that, “We have patience and will strive for the prospect of peaceful reunification with utmost sincerity and efforts.”

For his part, Biden pledged to adhere to the one-China policy that has underpinned US relations with Taiwan for more than 40 years, and not to support Taiwanese independence. But the US intends to strengthen its relations with Taiwan comprehensively and internationalize the issue of its status.

Managing the unfolding long-term competition between China and the US will clearly require patience, and a single virtual summit – while highly welcome – is not enough to inspire hope for more stable bilateral relations. We are in the very early stages of what will likely be the central geopolitical rivalry of the twenty-first century. The most one can reasonably hope for is that both sides build the diplomatic infrastructure to manage the bumpy road ahead.