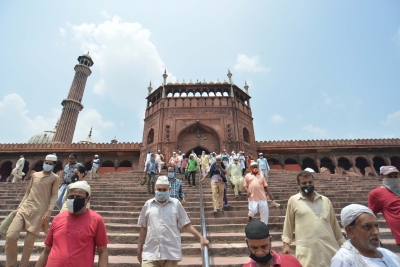 The government has said that the PFI encouraged its cadres to undertake actions that were prejudicial to the maintenance of peace and harmony between different religious groups, and tried to destroy the secular fabric of the country.

New Delhi, Oct 1,2022:  The government has said that the PFI encouraged its cadres to undertake actions that were prejudicial to the maintenance of peace and harmony between different religious groups, and tried to destroy the secular fabric of the country.

There are allegations that there is a threat of the radicalisation of the Muslims but minority organisations believe that the issue is exaggerated and there is no threat of any mass radicalisation except for a few individual cases.

An engineer, Saleem said “that banning any organization is itself a fascist mindset and for those who are involved in any such cases there are laws to deal with such people.”

“However these allegations have to stand up in the court of law and the court will examine the evidence to reach any conclusion,” he added.

However, there are Muslim organizations who have welcomed the ban and some have complained about personal threats to them. Maulana Shahbuddin Razvi, national president of the All India Muslim Jamaat, Dargah Aala Hazrat in Uttar Pradesh’s Bareilly city, has received a threat call from an alleged PFI activist who gave his name as Abdussamad from Shaheen Bagh in Delhi.

The caller threatened the cleric and said he would face dire consequences if he continued to speak against the Popular Front of India (PFI), which has been banned for five years.

In a statement, JIH President Syed Sadatullah Husaini said: “Jamaat-e-Islami Hind expresses disagreement over the government’s decision to ban the Popular Front of India and its affiliates.”

“Banning an organisation is neither a solution nor does it suit a democratic society. The culture of banning the organisations is in itself a clear violation of the fundamental rights protected by the Constitution and goes against the democratic spirit and basic civil liberties.”

According to the government, over 1,300 criminal cases have been registered by the Police and the NIA against cadres of the PFI and its front organisations in different states. Some of these cases were also registered under the Unlawful Activities (Prevention) Act/UAPA, the Explosive Substances Act, Arms Act and other sections of IPC.

But the major crime that the PFI committed was the ‘radicalisation of the youth’ of the country. With its presence in over 17 states, the PFI had spread its tentacles pan-India.

In one of the cases, the interrogation of the accused revealed that the PFI would identify Muslim youth, specifically from the poor or middle class, who were later filled with anti-Hindutva ideology and imparted training. The training involved use of swords and ‘nan-chakus’. The training was being provided by a physical education instructor in Telangana.

The law enforcement agencies recovered a huge pile of incriminating material from the hideouts of the accused. Prominent among the seized material was:

* Brochures and CD related to Mission 2047 (document containing material for converting India into an Islamic state) from the possession of the vice-president of PFI Maharashtra;

* PE training material from the house of the state president, PFI Maharashtra;

* Substantial amounts of unaccounted cash from PFI leaders of Karnataka and Tamil Nadu;

* Document on short course on how to make IEDs, and so on, using easily available material, and pen drives containing videos related to ISIS as well as Gazwa-e-Hind from UP PFI leaders;

Top intelligence agency sources say that the PFI has a long history of claiming victimisation at the drop of a hat. However, the violence orchestrated by its leaders and cadres post the arrest of its leaders exposed the violent tendencies of the organisation and proved to the public that the arrests were justified.

The southern states, especially states like Kerala and Tamil Nadu where the PFI has a considerable presence, witnessed a spate of violence after the arrest of PFI leaders.

Many members of the PFI engaged in violence including throwing petrol bombs at several places in Tamil Nadu and Kerala in protest against the action by the NIA. They damaged several government and private vehicles, hurled petrol bombs at houses and put up road blockades inconveniencing the people.

“A draconian ban of this kind is dangerous as it is a ban on any Muslim who wishes to speak his mind,” All India Majlis-e-Ittehadul Muslimeen president Asaduddin Owaisi, a popular voice of Muslims in India, said after the ban.

“The way India’s electoral autarky is approaching fascism, every Muslim youth will now be arrested with a PFI pamphlet under India’s black law, UAPA,” Owaisi wrote on social media.

Owaisi apprehends that Muslims may now be targeted under the garb of “action against PFI”, but he also added that he always opposed the PFI’s approach.