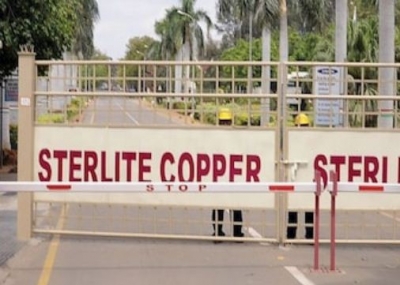 The Federation, numbering in thousands, consisting of truck owners, truck drivers, raw material suppliers, contractors, women’s self-help groups, and others dependent on the plant, a plea for a quick resolution to reopen the plant. The urgency stemmed from more than 15,000 families losing their livelihood since the plant’s closure. These also include the port workers, lorry drivers, contract labour workers and sole breadwinning women.

“We have been suffering for more than four years since the Sterlite plant’s shutdown, and our livelihoods have been impacted severely,” states the memorandum.

It also added that the closure was due to an “orchestrated agitation by outside people. We have therefore formed a Pro-Sterlite Plant Federation to prove that the propaganda and misinformation by the anti-Sterlite groups in Thoothukudi are not true”.

The EOI was published in national and regional papers on June 2022.

Several petitions have been submitted to the Chief Ministers and state offices requesting the reopening of the plant, a significant employment generator in the region before it was closed on charges of environmental pollution.

“The copper plant was the prime source of income for our family. After its closure, we have struggled to find a decent job in the local area. We have to travel far in search of work. Even then, it is difficult for us to make ends meet as the cost of surviving in big cities is high, and we are paid bare minimum wages,” said one of the protesters

With a yearly capacity of producing 4 lakh tonnes of copper, the Vedanta-owned Thoothukudi plant contributed 40 per cent of the country’s demand for refined copper. Post closure of this unit, India’s copper export plunged by 90 per cent, and it became an importer of copper for the first time in 18 years. The country is now importing $2 billion worth of copper and bearing an export loss of over $1.5 billion, resulting in an overall loss of 20,000 crore to the economy.

Not only this, but due to the widespread application of copper and its by-product in diverse industries, the plant’s shutdown has crippled several other small and large-scale enterprises, creating a massive gap between demand and supply of the commodity. Sterlite was the only domestic supplier of phosphoric acid in the country, the raw material required for fertilisers. Besides, the Thoothukudi plant was also the largest supplier of sulphuric acid in the state, a chemical used in detergent and chemical industries. Prices of both chemicals have increased after the closure of the plant.

The plant was the only indigenous phosphoric acid provider and the critical slag and gypsum supplier to nearly20 cement companies. The downstream players depended on the plant to procure five raw materials: gypsum, sulphuric acid, phosphoric acid, copper cathode and copper rod. After the plant’s closure, associated industries dependent on the Sterlite plant faced considerable difficulties in terms of the cost of procurement of raw materials.

A report by the Jaipur-based Consumer Unity and Trust Society, financed by the NITI Aayog and the Government of India, titled, “Economic Impact of Select decisions of the Supreme Court and National Green Tribunal of India: Synthetic Report”, stated that the closure of the plant resulted in losses of Rs 14,794 crore to the stakeholders, indirect and direct job losses of 30,000 workers.