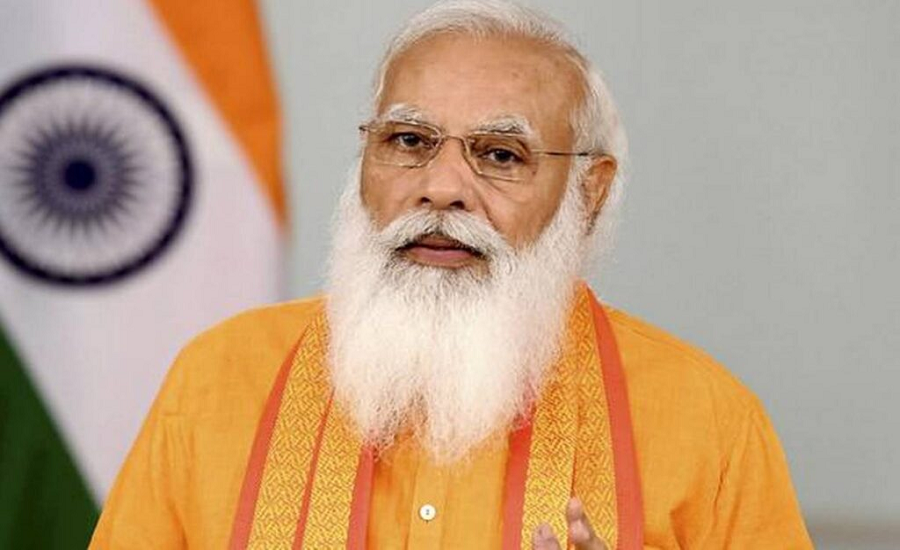 “The PM’s silence is nothing short of a mockery of Indian democracy, a violation of the Indian Constitution which the PM has sworn to uphold during his swearing-in, reads a statement signed bearing 300 signatures.

NEW DELHI – Artists, activists, lawyers and journalists among prominent citizens, including Naseeruddin Shah and Javed Akhtar, on Tuesday questioned the continued silence of Prime Minister Narendra Modi over the genocidal calls given at Haridwar Dharam Sansad terming it a “mockery of Indian democracy” and “violation of Indian Constitution”.

A statement released by Indian Muslims for Secular Democracy (IMSD) singed by 300 well-known personalities, read: “The PM’s silence speaks volumes, is nothing short of a mockery of Indian democracy, a violation of the Indian Constitution which the PM has sworn to uphold during his swearing-in. It has earned him the dubious distinction of being the only leader in the democratic world to remain mute witness to the public call for mass murder”.

PM Modi has been facing flak for his silence ever since outrage grew against the Haridwar’s Dharam Sansad where Hindutva hate mongers had called for mass violence against Muslims. Alumni of IIT and IIM also asked PM Modi to speak up on the issue.

Not just the PM, no Bharatiya Janata Party (BJP) leader has denounced the controversial event. Uttarakhand Chief Minister Pushkar Dhami is also silent on the issue.

In their statement, the prominent citizens said “no Indian ought to be surprised by the shocking silence of Prime Minister Narendra Modi despite growing demand nationally and internationally that he must speak, and his government must act in exemplary fashion against members of the Dharam Sansad who have called for genocide of Indian Muslims”.

They pointed out that there was no excuse for the PM to remain silent on the issue.

“His maun (silence) is inexcusable, even if understandable, considering that the Dharam Sansad is an integral part of Hindutva’s hate factory to which the PM himself provides fuel through his own frequent dog whistles,” they said in the statement.

They called his slogan, Sabka Saath Sabka Vikas, “insincere” reminding his silence over the mob violence.

“In his first term as prime minister, Modi had promised ‘sabka saath, sabka vikas’ to all Indians. He went a step further in his current second term with the assurance of ‘sabka saath, sabka vikas, sabka vishwas’. That these were/are nothing but insincere and hollow slogans is more than evident from the way Indian Muslims continue to be hounded, wounded and lynched,” they said.

“The PM said nothing when in 2020 a Union minister in his government, Anurag Thakur, gave the “goli maaro saalon ko” call at a public rally in Delhi. And his refusal now to break his chuppi (silence) over the genocidal call is part of the same sordid drama,” noted the statement.

Hence they asked, “What message are a maun PM and a maun Bhagwat (RSS chief) sending out to Indian Muslims in particular and the world in general?”

previousMahatma Gandhi Beacons Us in Times of Hate and Violence