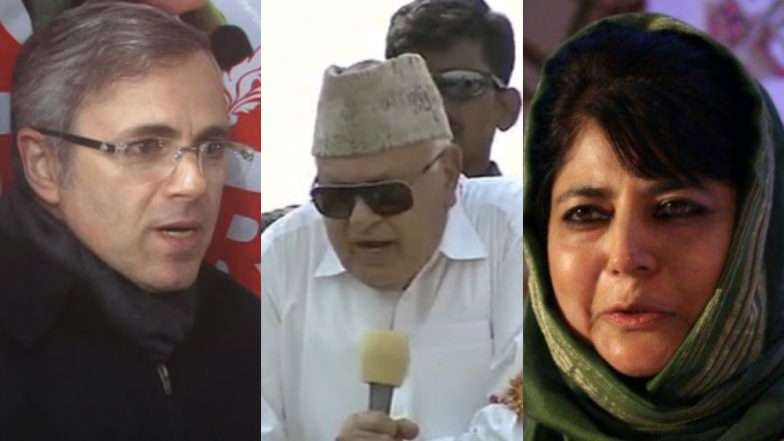 The plea has sought direction to the Election Commission (EC) to ban the National Conference (NC) and the Peoples Democratic Party (PDP) from joining the 2019 general elections as the loyalties of the leaders of these parties lie elsewhere and not in the Indian Constitution.

The petition filed by advocate Sanjjiiv Kkumaar has also sought direction to book them under various charges including sedition of the Indian Penal Code.

In his plea, the petitioner said allowing these leaders to contest the elections would be a mockery of democracy as these people openly call for sedition to divide “Mother India” on the basis of religion and demanding two Prime Ministers — one for Jammu and Kashmir and other for the rest of India.

The petitioner told the court that the National Conference President Farooq Abdullah and his son’s statement that they would demand revival of the post of Wazir-e-Azam and Sadar-e-Riyasat for Kashmir is unacceptable.

“Mehbooba Mufti, Farooq Abdullah and Omar Abdullah’s seditious, communal statements are against the Indian Constitution and hence the court/ Election Commission should bar/ impose conditions on their entry to a very constitutional House (Lok Sabha) as their loyalties lie somewhere else and not in the Indian Constitution,” the plea said.