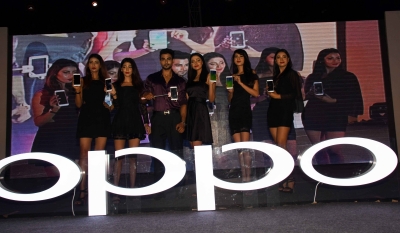 Global smart device brand OPPO emerged as the leader in the ‘Made in India’ smartphone shipments in the first quarter of 2022, recording a 22 per cent (year-on-year) growth, a new report showed on Monday.

New Delhi, 20th June 2022: Global smart device brand OPPO emerged as the leader in the ‘Made in India’ smartphone shipments in the first quarter of 2022, recording a 22 per cent (year-on-year) growth, a new report showed on Monday.

Due to the increasing smartphone demand in India as well as increasing exports, ‘Made in India’ smartphone shipments grew 7 per cent (YoY) in the first quarter this year and reached over 48 million units, according to Counterpoint Research.

Despite global component shortages, the local smartphone manufacturing ecosystem stayed resilient and OPPO displayed an exceptional performance emerging at the top as it garnered maximum share of smartphone shipments.

“OPPO has consistently not just focused on increasing its manufacturing capabilities in India but also automated a lot of processes that led to production efficiencies. This has helped OPPO to manage its supply chain better and at the same time helped to attract a lot of other component players,” said senior research analyst, Prachir Singh.

Overall, in 2021, the shipments of ‘Made in India’ smartphones crossed 190 million units.

The reason for the continued growth is the support from various Indian government initiatives to increase local manufacturing.

“Our commitment to ‘Make in India’ has been unwavering and will continue to be a key pillar of growth for OPPO in India,” said Damyant Khanoria, Chief Marketing Officer, OPPO India.

“This recognition is a testimony to our efforts in the country. We will continue to create industry-leading products and technologies that are focused on Indian consumers through our R&D and manufacturing ecosystem,” Khanoria added.

As per the report, India’s handset manufacturing is expected to grow 4 per cent YoY in 2022.

OPPO has been a significant player in contributing to the “Aatmanirbhar Bharat” initiative with its manufacturing unit in India.

The company said it will continue to improve its performance with its R&D and manufacturing to maintain the market standing and overall performance.