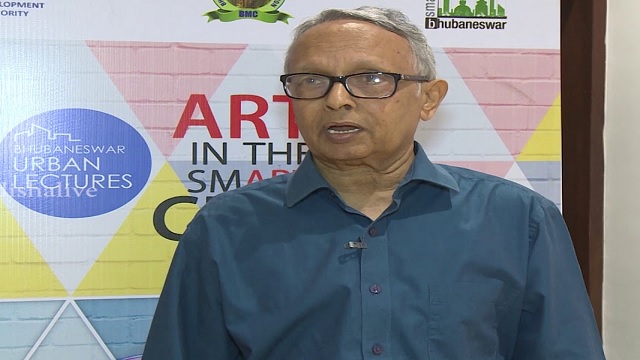 Former Indian diplomat from Odisha Abasar Beuria passed away at the age of 80, family members said on Thursday.

Bhubaneswar, Nov 17,2022: Former Indian diplomat from Odisha Abasar Beuria passed away at the age of 80, family members said on Thursday.

Beuria passed away in Bhubaneswar on Wednesday late night after suffering a cardiac arrest, his wife Trupti Beuria said.

After he complained of uneasiness around 1 a.m., his wife, along with their driver, rushed him to a private hospital, where the doctor declared him dead.

He was also associated with several cultural, literature and other organisations after retirement. He was working as the chairman of the Institute of Odia Studies & Research (IOSR).

President Droupadi Murmu, Union Minister Dharmendra Pradhan and many other leaders from the state have condoled his demise.

“Saddened to learn about the demise of Shri Abasar Beuria, former diplomat, author and Chairman, Institute of Odia Studies & Research. He played a key role in translation of engineering books in Odia which I released during my visit to Odisha. Condolences to his family & friends,” the President said in a tweet.

Expressing sorrow, Pradhan said he was a loving and innocent personality and his work as Indian ambassador was unimaginable. His effort for the promotion of Odia language, literature and culture will be remembered forever, he said.

next2023 a challenging year for emerging markets: Moody's