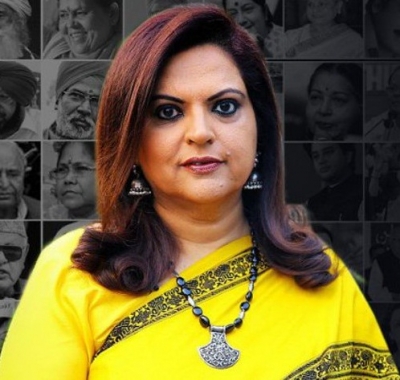 The Supreme Court on Friday directed that FIRs registered against Times Now journalist Navika Kumar, in connection with remarks made by suspended BJP spokesperson Nupur Sharma on Prophet Muhammed during a TV debate, be transferred to the Delhi Police’s IFSO unit.

New Delhi, Sep 23,2022:  The Supreme Court on Friday directed that FIRs registered against Times Now journalist Navika Kumar, in connection with remarks made by suspended BJP spokesperson Nupur Sharma on Prophet Muhammed during a TV debate, be transferred to the Delhi Police’s IFSO unit.

A bench, headed by Justice M.R. Shah and comprising Justice Krishna Murari, said that no coercive action should be taken against Kumar and the FIR registered by the Delhi Police is to be treated as lead FIR. It further added that direction will be applicable to future FIRs which may be registered with respect to the same telecast. FIRs were registered against Kumar in Maharashtra, West Bengal, and Jammu and Kashmir.

“First FIR dated May 28, 2022 along with FIR dated June 8, 2022 registered by Delhi Police, IFSO Unit are to be treated as lead cases and investigated together along with the other FIRs/complaints, referred to hereinabove, in which the petitioner is the co-accused, which are already ordered to be transferred to IFSO unit of Delhi Police,” it said.

The top court said the IFSO unit of the Delhi Police will be at liberty to collect material and Kumar can move the Delhi High Court seeking the relief of quashing of the FIRs as it clarified that it has not expressed anything on the merits of the matter.

“IFSO unit of Delhi Police shall be at liberty to collect and gather any information from the concerned state agencies, if so required, for the purpose of conducting a thorough investigation and taking it to its logical conclusion,” it added.

“No coercive action shall be taken against the petitioner pursuant to the aforesaid FIRs/complaints and for the FIRs/complaints which may be entertained in future pertaining to the telecast dated 26.05.2022 on Times Now, for a period of eight weeks from today so as to enable the petitioner to approach the concerned Court/Delhi High Court for appropriate relief,” the bench said.

Kumar had moved the top court against multiple FIRs registered against her in connection with the debate on the channel.

The top court relied on the order passed in the Nupur Sharma case. In Sharma’s case, the top court had ordered that no coercive action can be taken against her in multiple FIRs registered so far and also in cases, which could be lodged in future in connection with her remarks during the debate.