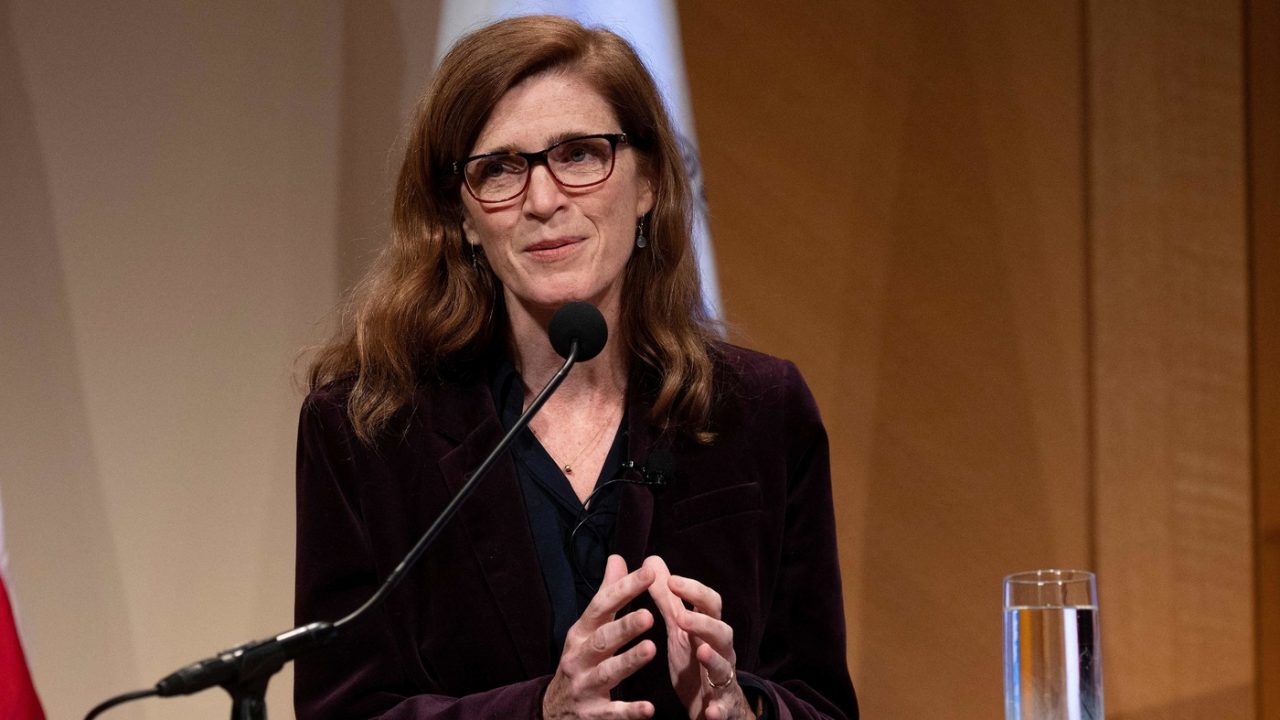 On her recent visit to India USAID Administrator Samantha Power observed that “headwinds” against democratic rule are “strong” across the world currently, and that there are forces in India and the United States “who seek to sow division… pit ethnicities and religions against one another… bend laws and abuse institutions”.

In meetings with civil society representatives she stressed the need to discuss freedom of expression, speech, identity, and the importance of protecting the rights of minority groups. Commenting on the meetings, acting spokesperson of USAID Shejal Pulivarti said that Ms Power underscored the United States’ continued commitment to work with civil society organisations around the globe to advance human rights and fundamental freedoms.

Ms Power addressing an event at IIT-Delhi opined that the headwinds against democratic rule are growing strong the world over. She further said that within the United States and India, there are forces who seek to sow division, who seek to pit ethnicities and religions against one another, who wish to bend laws, abuse institutions and wield violence against those who stand in their way; we saw this, of course, on January 6 in the United States last year… How the United States and India rise to meet these injustices, how fiercely we protect our hard-won pluralism, how insistently we defend our democracy and individual rights will determine not just our own trajectory, but also that of the world that we inhabit.

She also said that USA and India together, can offer the emerging countries, the emerging economies of the future a new development model, one rooted not in debt traps and dependence but in economic trade and integration, one that supports and celebrates individual and national agency, and one that aspires to see all countries move beyond the need for assistance.

Elaborating the model she described it as a model predicated on engaging with a country’s citizens and civil society, just as willingly as it does with its government. One that treats others as equals and collaborates on solutions without preconceptions or stereotypes, which recognises that democracy, inclusivity and pluralism offer the surest path to sustainable progress, where dignity is not reserved for the few but endowed to us all, one that is rooted in cooperation, not small-minded but big-hearted, which at its core, believes that we are all one family.

In a reference to highlight the growing importance of India for the US, particularly in the Indo-Pacific region she said that the US sees India not just as a leader in the Indo-Pacific but a leader throughout the world. She further said that India, with its talent, resources and technological expertise, could contribute massively to the development trajectory of many countries. Also, what has positioned India, as a future development leader has not been its assets but its values. It has been India’s multi-ethnic, multi-party democracy that has allowed it to withstand the challenges it has faced and come out ahead stronger and more resilient. It has been its support for free expression over decades that has allowed injustices to come to light. It has been its tolerance for diversity and dissent that has allowed reforms to take hold and institutions to progress. India’s trajectory has been so strong because of its democracy.

India as a regional leader

Power also lauded India’s help to Sri Lanka, and contrasted it with China. She mentioned how India wrote off debts of poor countries like Ghana, Mozambique, Tanzania, Uganda and Zambia in 2003. Perhaps nowhere is India’s commitment to those in peril more on display than right now in Sri Lanka. India has reacted really swiftly with an absolutely critical set of measures, facilitating $3.5 billion in lines of credit to the government of Sri Lanka, in its hour of abject need.

Contrasting the Indian approach with China, she said that China has been an increasingly eager creditor of the Sri Lankan government since the mid-2000s, offering often opaque loan deals at higher interest rates than other lenders and financing a raft of headline-grabbing infrastructure projects with often questionable practical use for Sri Lankans, such as a massive port that generated little income and was barely used by ships, an equally massive airport, dubbed the emptiest in the world because it attracted so few passengers, and the country’s tallest tower that was built as a tourist attraction, but has never, unfortunately been opened to the public.

Ms. Pulivarti said the aim of the meetings was to reinforce the U.S. and India’s long history as strategic partners and collaborators across development issues, including food security, climate change, and adaptation through mechanisms such as the Coalition for Disaster Resilient Infrastructure and digital development.

Ms. Power also joined Indian agricultural experts and private sector leaders to learn how the U.S. and India can apply climate-smart and sustainable solutions to address the global food security crisis, which is further “exacerbated” by Russia’s invasion of Ukraine.

All countries including India and the U.S. need to hold Russia to the terms of the grain exports deal, she said. The grain agreement, brokered by the U.N. and Turkey and aimed at averting a global food crisis, was signed on 22 July to primarily facilitate the export of around 20 million tonnes of wheat, maize and other grains from Ukraine.

In toto, Ms Power’s visit touched upon all those issues which India wants to engage on with the U.S. administration, in addition to issues like human and minority, to which continuing U.S. administrations have attached great importance and kept an eye on. However, most important is the action to get these details reflected in the talks between political leaders of the two countries and if they are reflected and acted upon even half way through the U.S.-India ties can be transformed, with both countries benefitting from each other’s support and efforts.

nextCrack down on OPPO, Vivo, Xiaomi can push them to leave India: Chinese state media