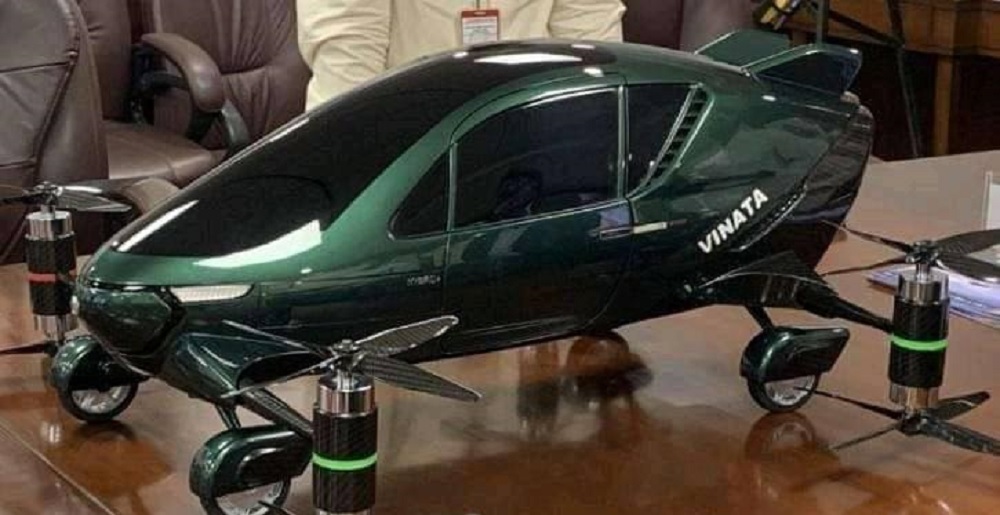 Muhammad_Furkan_Shoaib an aeronautical engineer has fulfilled the dream of million Indians of flying cars in the sky. He along with his technical team has innovated India’s first flying car. Furkan Shoaib is a certified UAV pilot and the Chief Technology Officer at VINITA an Aero-mobility company in Chennai.

The model of this flying car was shown at the London Helitech Exposition on October 5, 2021. Many of India’s news channels showed the car launch in their news coverage. They gave credit for this innovation to the “Make in India” project and failed to mention the promising young engineer’s contribution to this innovation.

The gap was filled by a US website called ‘Future Flight’ that gave coverage to this innovation and also appreciated Muhammad Furqan’s abilities for his stellar contribution to the field of aviation.

Undoubtedly Muhammad Furqan has made the whole country proud. His innovation is a morale booster and the youth and especially an inspiration to Muslim youth who too want to be on such work of innovation in the country.

The second story is of a talented high-school boy Mohammad Faizan from Aurangabad Maharashtra. He is making waves in social media for his innovation of an e-bike that has made people throng to him to catch a glimpse of him and his invention. Its video is available on YouTube.

The bike is powered by an electrical motor. Faizan has connected the motor with a rechargeable battery that takes two hours to get fully charged. A single charge lasts for about 50 kilometers and there is a digital indicator that displays remaining battery levels.  The speedo-meter tells the speed of the bike. The innovator claims that the top speed of the bike is 30 kilometers per hour.

These two positive stories from the much-maligned Muslim community show mirror to those who accuse, the 14 percent Muslim minority community of a drag on 84 percent Hindu population.

The negative stereotyping of the Muslims likes ‘puncher chaap’ or love jihadi are corona jihadi are dutifully circulated in the media, while the story of these two characters has never been told even though they inspire a whole generation of youth of the country.

previousAUKUS won’t affect India-US ties. But it will affect Quad