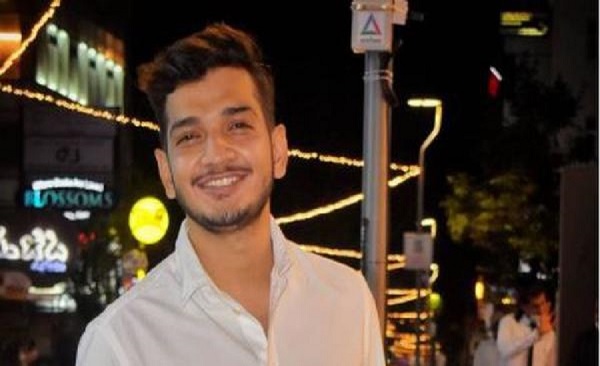 None of my jokes were to offend anyone… will win the hearts of those hating me, says the comedian in the first video he released after coming out of incarceration

NEW DELHI – Munawar Faruqui has broken his silence with a YouTube video that has gone viral. The comedian, who was released from jail on February 7 on interim bail by Supreme Court, said he was targeted for something he didn’t do. “How can I ever intend to hurt anyone? I have chosen stand-up because I feel happy seeing others smile and laugh.”

Faruqui was arrested on January 1 at a cafe in Indore for allegedly hurting religious sentiments.

In the video, he appealed to people to use the internet for spreading love and not hate. Titled “Munawar Faruqui Leaving Comedy”, he apologized to the fans for “wrong title” as he said it should be “Munawar Faruqui Living Comedy.” He said, “I can’t quit comedy, I am living because of comedy.”

The video was released on Saturday-Sunday night. It has fetched more than 5 lakh views so far.

Faruqui said that he will win the hearts of those hating (him). “Will have to work hard, but not every artist gets a chance, which I have got.”

“None of my jokes were to offend anyone,” he added.

He said he feels happy when he is able to make his audience laugh.

“Earlier, we used to use the internet for making friends, downloading wallpapers, ringtones and we would get happiness in what we would do, but today we are only making enemies; enemies who we don’t even know. Why are we doing this? Why have we forgotten that it is for entertainment and information?”

“If we want to ban something, why don’t we ban hate on the internet. Without thinking, people argue about things for hours, hurl abuses. Why can’t we use it property? The mindset, the politics, anyone can become a victim. I have not even become the victim, but mildly affected for the thing I didn’t even do.

“I never wanted to hurt anyone. I did not want to become famous. If I wanted to, I would have been hurling abuse by sitting in the vehicle. But I wanted to make people happy. I am doing stand up comedy because it gives me happiness to watch people being happy.

“When our passion is to make someone happy, how can we hurt someone’s feeling, someone’s emotions. I would not want anyone to get hurt.”

He said that making hateful comments on the Internet during arguments have no results and no one wins.  “Just abuses are hurled. You decide what you want to do. There are some who are spreading hate. What do you want to do? To spread hate or love or ignore them and use the internet in the right way?”