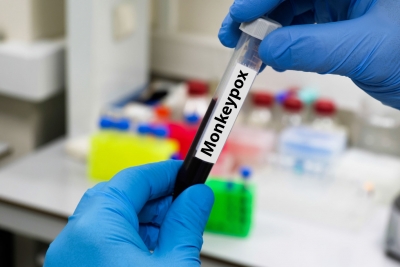 The 19th Century began with the pandemic of Swine Flu which has till now killed more than 100 million people. The second biggest killer since then has been HIV/AIDS, which has killed around 40 million in last 35 years. Other major killers before the rise of Covid have been HPV virus (which causes Cancer of Cervix in females), Rabies Virus and Corona Virus. Now the WHO has declared Monkey Pox as a world emergency. All these diseases have shown that the practices declared Haram (Prohibited) in Islam are largely responsible for massive mortality and morbidity. Swine Flu spreads due to Pig Farming necessitated by Pork eating. HIV and HPV have direct relation with promiscuity, homosexuality, prostitution and drugs. All these substances and practices are prohibited in Islam. (HPV largely spreads in women having relations with uncircumcised men.) Corona is again believed to have originated from the meat of animals not permitted in Islam. Furthermore, it spread and killed more people in the countries, where night life is flourishing as big market. More than 60 million people have already died of Covid. And now, Monkey Pox has just started hitting the news headlines, and it has already between proven to have direct relation with the sex. More than 16000 have already fallen ill and the number is expected to rise rapidly. According to Researchers at a World Health Organization (WHO) meeting, the sexual transmission component  of a monkeypox outbreak that has affected hundreds of people—mostly men who have sex with men—in at least 27 countries outside of Africa. According to a new paper in the New England Journal of Medicine, out of the 528 confirmed cases reviewed, 95% are believed to have transmitted during sex between men. Monkey Pox may not be as dangerous as Covid in terms of mortality, but it can make huge numbers of people bed-ridden or confined to their homes for several weeks, causing huge burden on economy.

What do all these statistics prove?

First, health needs to be given higher position than economics if life and healthiness of life are to be protected;

Second, any substance or practice that has direct relation with dangerous diseases, especially pandemics, cannot be allowed in the name of “Freedom of Choice”, which is nothing but a ploy in the hands of the market forces to commercialise human susceptibilities. In today’s world, first the causes of the diseases are commercialised to the hilt and then the solutions are commercialised in a big way. The psychology of market is that if there will be no problems, there will also be no need of solutions. If healthcare market is to prosper, markets of the problems must also prosper.

Fourth, unfortunately, several Muslim countries including Arab countries are also fast moving towards the commercialisation of the practices prohibited by Islam. They must set an example by not only effectively banning them within their own countries but also by building pressure on international organisations to ban them at the international level.

If the world does not listen to the call of God, more and more and bigger and bigger pandemics will continue to emerge and consume human lives.