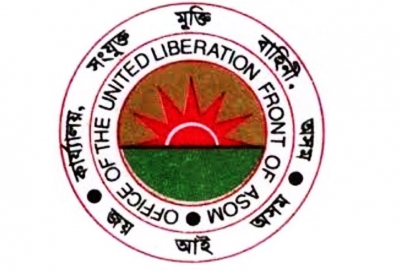 Banned militant outfits United Liberation Front of Asom (Independent) and a Yung Aug-led faction of the Nationalist Socialist Council of Nagalim (Khaplang) have called for a ‘total boycott’ of the celebrations of India’s 75th Independence Day in five northeastern states.

Guwahati, Aug 6, 2022: Banned militant outfits United Liberation Front of Asom (Independent) and a Yung Aug-led faction of the Nationalist Socialist Council of Nagalim (Khaplang) have called for a ‘total boycott’ of the celebrations of India’s 75th Independence Day in five northeastern states.

In a joint statement, the militant outfits told people “at all levels” not to participate in all forms of ‘fake’ Independence Day activities.

“Our protest calling for a boycott of the fake Independence Day of colonial India will be a total shutdown from 00.00 hours to 18:00 hours on August 15,” the statement said.

It said that the Covid-19 pandemic has crippled the socio-economic development of the entire world as well as the West-Southeast Asian (WeSEA) region and thousands of indigenous farming families have lost ther homes due to floods and landslides.

“After 75 years of so-called Independence, the indigenous people are suffering from debt, GST, soaring prices of essential commodities, and hundreds of other problems. It is unfair, historically irrelevant, and worthless for a state, which is unable to stand by the suffering people in such a time of declining living standards, to celebrate its 76th pretentious Independence Day on August 15,” the statement said.

The ULFA-I, which during the past one year has twice extended the unilateral ceasefire and also refrained from calling bandh and boycott during last year’s Independence Day, and this year’s Republic Day celebrations, recently recruited some youth as its armed cadres.

nextDifficult to 'blink it': Zomato says sticking to offer price for Blinkit shares