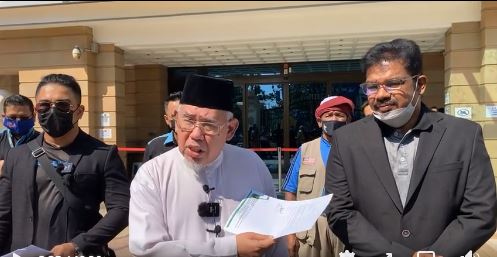 Members of Malaysian Consultative Council of Islamic Organizations (MAPIM) and other organisations on Thursday submitted a memorandum to High Commissioner of India in Malaysia, B.N. Reddy, to be forwarded to Indian Prime Minister Narendra Modi. In the memorandum, they called Indian authorities to prevent hate speeches and calls for the genocide of Muslims in India.

The delegation that met Mr Reddy was accompanied by MAPIM president Mohammad Azmi Abdul Hamid. In a video clip, shared on his Facebook account, he decried growing hatred against Muslims in India.

A three-day event was held between 17 and 19 December 2021 in Uttarakhand’s Haridwar district. At the event, certain Hindu religious leaders called for the ethnic cleansing of Muslims and urged members of the Hindu community to make preparations for the same.

The local police have registered a case and arrested two persons so far. The arrested ones have been identified as Yati Narsinghanand and Jitender Narayan Singh Tyagi. Both of them have been continuously been making insulting remarks on Prophet Muhammad, his companions and the holy Quran.