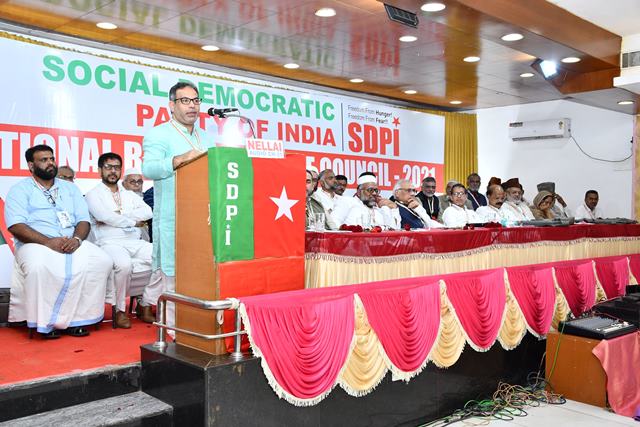 New Delhi/Chennai :M.K. Faizy has been  re-elected as national president of SDPI in a meeting of National Representative Council of Social Democratic Party of India which was held on 22, 23 November 2021 in Chennai, Tamil Nadu. Representatives from various states were present in the Council wherein review of party activities, discussions on global and Indian Socio-Political situations, issues and intervention, etc were conducted. 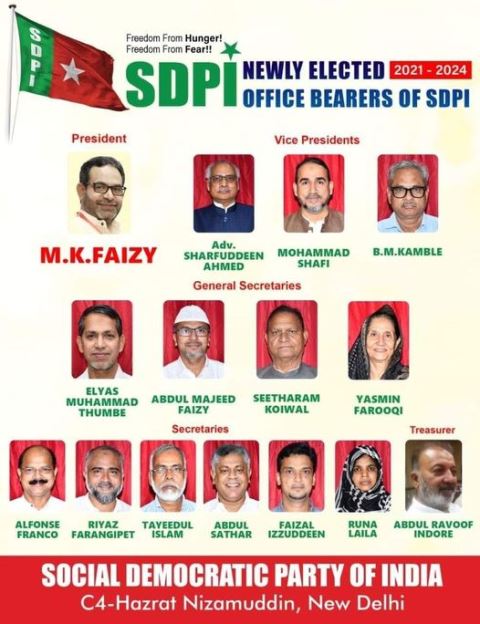 The Council was concluded with a grand felicitation program attended by the cadres and supporters of the party.