Presented in the shadow of upcoming polls, Budget likely to be tightrope walk 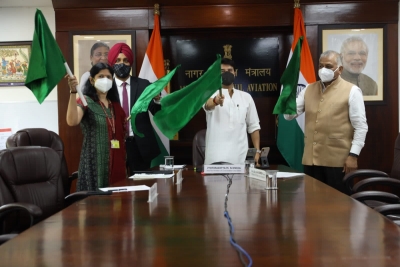 Maharashtra’s Kolhapur city got a direct flight service with Mumbai on Tuesday under the government’s regional connectivity scheme with Minister of Civil Aviation Jyotiraditya Scindia inaugurating a direct flight from Kolhapur to Mumbai.

New Delhi, Oct 4,2022:  Maharashtra’s Kolhapur city got a direct flight service with Mumbai on Tuesday under the government’s regional connectivity scheme with Minister of Civil Aviation Jyotiraditya Scindia inaugurating a direct flight from Kolhapur to Mumbai.

This flight has been launched under the ambitious Regional Connectivity Scheme UDAN of the Ministry of Civil Aviation to provide air connectivity to tier-2 and tier-3 cities and affordable air travel for all.

The flight will operate between Kolhapur and Mumbai thrice a week — Tuesday, Thursday and Saturday.

Scindia said that the UDAN scheme is realising Prime Minister’s vision of making air travel affordable for the common citizen of the country.

So far, 433 new routes have been launched and more than one crore passengers have benefited under this scheme.

The Minister also assured that the expansion of the apron of the Kolhapur airport will be commissioned in November and domestic terminal building will be inaugurated in March 2023.

MoS V.K. Singh congratulated the people of Kolhapur and Mumbai, and expressed hope that this flight will not only create ease of travel but also significantly boost the trade and commerce activities in the region.