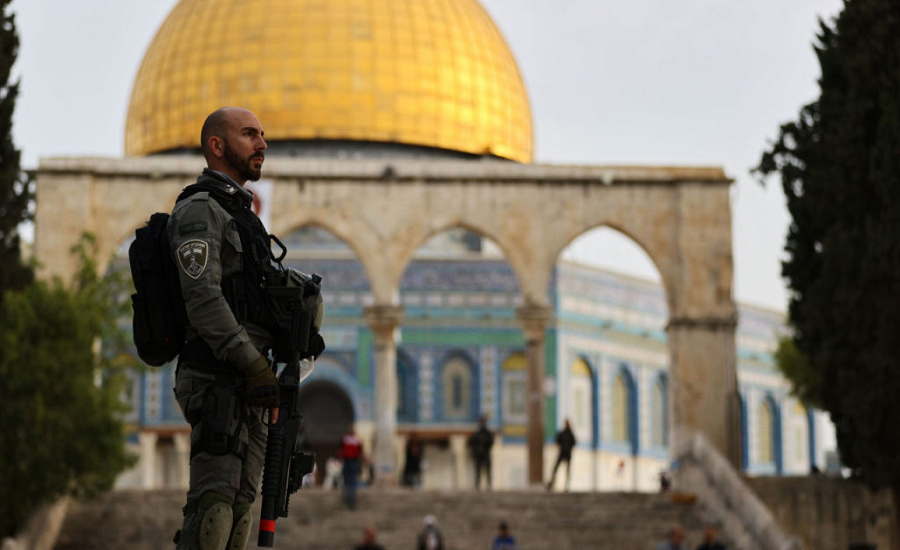 Amman : King Abdullah II of Jordan stressed the need to maintain calm and cease all acts of violence to pave the way for the Middle East peace process.

At a meeting in Amman with visiting Israeli Prime Minister Benjamin Netanyahu on Tuesday, the king stressed the importance of respecting the historical and legal status quo in Al-Aqsa Mosque compound to maintain peace, Xinhua news agency reported, citing a statement by the Jordanian Royal Hashemite Court.

The king stressed Jordan’s steadfast position in supporting the two-state solution, which guarantees the establishment of an independent Palestinian state on the June 4, 1967 border, with East Jerusalem as its capital, living side by side with Israel in peace.

In a statement issued by Netanyahu’s office, the two leaders discussed regional issues and “especially strategic, security and economic cooperation between Israel and Jordan, which contributes to regional stability”.

The two leaders also praised “the long-standing friendship and partnership” between Israel and Jordan, the office said.

Jordan was the second Arab nation to normalize relations with Israel, but tensions have increased between the two countries since the inauguration of the Israeli right-wing coalition government in December 2022.

nextMaterial decline in NPAs, info on wilful defaulters to be published, RBI to SC