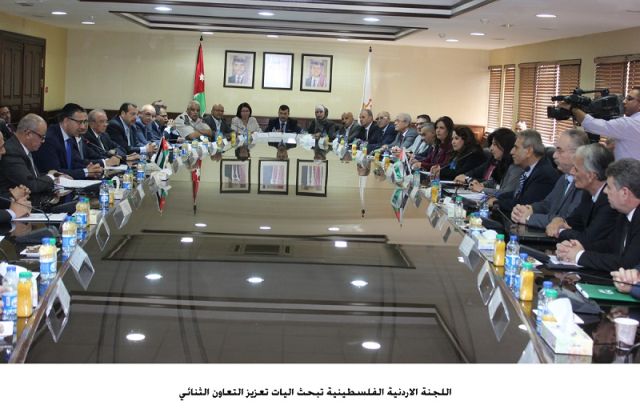 Amman : The Joint Jordanian-Palestinian Higher Committee’s preparatory panel held a meeting in Amman, which was headed by Minister of Industry, Trade and Supply Yarub Qudah and Palestinian Economy Minister Abeer Odeh to discuss prospects for cementing economic ties between the two sides.

The meeting which took place on Tuesday endorsed the agenda of a meeting of the higher committee, which is due to be held on Wednesday and will be co-chaired by Prime Minister Hani Mulki and his Palestinian Counterpart Rami Al Hamdallah.

Qudah said the encounters came three years after a meeting of the higher committee, a delay which was due to the tough conditions the Palestinians were facing as a result of Israeli-imposed obstacles. However, he added, other bilateral meetings were ongoing at various levels to develop cooperation in all fields.

He expressed hope the meetings would remove trade barriers and find mechanisms to solve such impediments to enhance the private sector’s role in trade exchange and launch joint ventures.