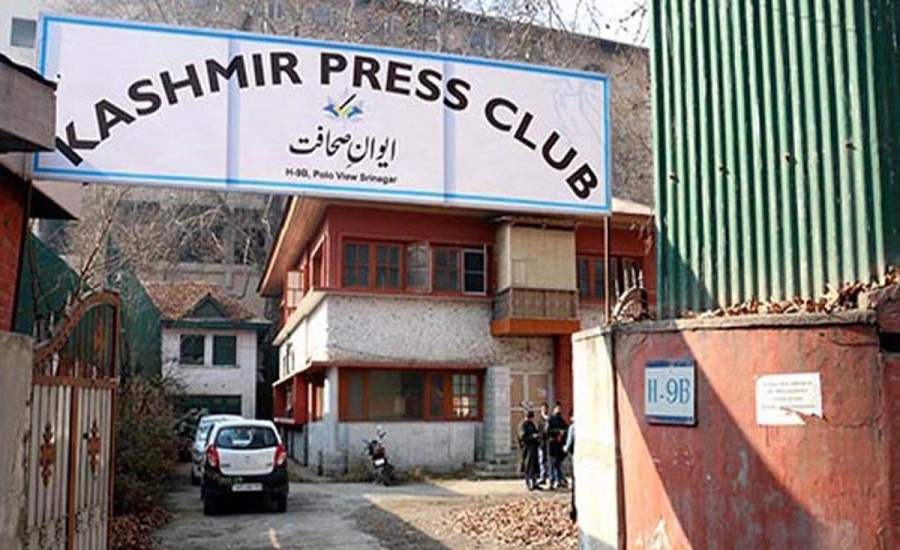 Takeover of club by an interim body is infructuous as the original KPC itself has ceased to exist as a registered body, reads a statement from the administration

NEW DELHI – A day after the Kashmir Press Club (KPC) in Srinagar was rendered out of bounds for scribes following a police assisted ‘coup’ by a group of journalists, the J&K administration on Monday cancelled the allotment of the building to the club. Citing the emergent situation arising from the “unpleasant” turn of events involving two warring groups using the banner of the KPC, the government justified the move.

A statement issued by the government, however, did not name the two groups.  “The factual position is that KPC as a registered body has ceased to exist and its managing body too has come to a legal closure on 14 July, 2021, the date on which its tenure came to an end. In its failure to register itself under the central Societies of Registration Act, further compounded by its failure to hold elections to constitute a new managing body, some individuals of the erstwhile club have been committing illegalities on several counts, least of which are false portrayal of being owner-managers of an entity which is no longer in legal vogue,” the statement read.

On Saturday, a group of journalists led by The Times of India’s reporter in Kashmir, M Salim Pandit, assisted by the police, barged into the club premises and “took over” the institution.

The statement from the administration further said that ‘takeover’ by an interim body is rendered infructuous since the original KPC itself has ceased to exist as a registered body. “In these circumstances, issuing of notices and communication by any group using the rubric of erstwhile Kashmir Press Club is illegal.”

Justifying its action, the administration said, “In view of this aspect of the dispute and in view of the reports on social media and other sources indicating a potential law and order situation, including a threat of breach of peace and the safety of bona-fide journalists, an intervention has become necessary”

The series of events including cancellation of the allotment has riled up the journalist community whish has condemned the move with some calling it “abrogation of Kashmir Press Club”, a euphemistic reference to the abrogation of Article 370 vis a vis J&K.

The KPC ‘takeover’ evoked criticism from media bodies across the country, including the Press Club of India (PCI), Editors’ Guild of India and Mumbai Press Club.

In its statement, the PCI said it was deeply concerned over the developments at KPC. “We demand that the democratic process of holding elections be allowed in a peaceful manner.” The PCI also made an appeal to the New Delhi-appointed Lieutenant Governor (L-G) of Jammu and Kashmir to look into the matter and facilitate elections.

The Editors Guild of India demanded immediate restoration of the status quo before the hostile takeover, the announcement of elections to appoint a new management body and executive council, and strict prohibitions on any armed forces from interfering with the functioning of the club, without due legal sanction.

“The Guild further demands an independent inquiry as to how armed forces entered the Club premises,” an EGI statement said.